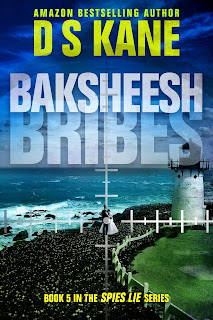 She spied for her country, blackmailed her president, and ran from more threats than she can remember. But when the love of her life proposes, covert agent Cassandra Sashakovich is finally ready to settle down. Unfortunately her past is not quite ready to let her walk away.

Old enemies—including a vengeful president—want her dead, and they’re willing to attack her loved ones, including her adopted teenage daughter, if that’s what it takes.

But Cassandra has other pressing problems—a world leader is assassinated and an arm dealer’s revenge threatens to lead to nuclear war. Now Cassandra and her security firm, Swiftshadow must defuse the threats and find a way to outmaneuver those who threaten not only her family, but her country as well.

The outgoing President sat at the Oval Office desk and frowned, his party devastated by leaks in the news stating that he had funded terrorists in an attempt to win the upcoming election for his party. He had been continuously angry since the press started sniffing around. He tapped a pen against the desk. No one visited a lame duck, especially one who’d become a pariah.

Although the news stories claimed that the leaks came from the West Wing, he was sure that it had been Cassandra Sashakovich who leaked the intel she’d been blackmailing him with. And there was more, loads of proof that could have him sent to prison, or even had him executed for treason.

His mind looped uncontrollably through the events that had led him here. Damn that woman. It couldn’t have been worse. He reached for the tumbler on his desk and took a swallow of Scotch.

It wasn’t too late to solve the problem by having her captured and terminated. But, there were still things he wanted to do to her. Not just kill her. Something more creative and painful. Maybe have her sent to one of the secret rendition camps he’d had the agency establish in Tajikistan.

He might end up in prison for treason, but at least he’d have the satisfaction of vengeance.

Pretty impressed with this author!  This book caught me right at the start!  Hard to put down!  Full of fast paced page grippin' thrill!  Now that I have read this book, I have learned that this is a series.. so, if you're like me, which I will be doing, read this entire set in order, I believe it's going to worth the read! 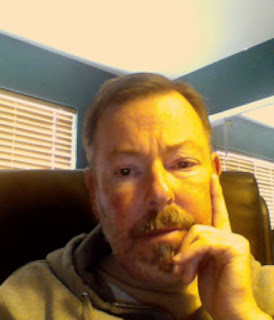 DS Kane worked in the field of covert intelligence for over a decade. During that time, his cover was his real name, and he was on the faculty of NYU's Stern Graduate School of Business. He traveled globally for clients including government and military agencies, the largest banks, and Fortune 100 corporations, and while in-country, he did side jobs for the government. One of the banks DS Kane investigated housed the banking assets of many of the world's intelligence agencies and secret police forces, including the CIA and NSA. Much of his work product was pure but believable fiction, lies he told, and truths he concealed. Secrets that--if revealed--might have gotten him killed. When his cover got blown, he fled the field and moved 3,000 miles.

Now, DS Kane is a former spy, still writing fiction. Through his novels, he exposes the way intelligence agencies craft fiction for sale to sway their countries and manipulate their national policy, driving countries into dangerous conflicts.

To learn more about DS Kane and his books, visit www.dskane.com or join him on Facebook for book giveaways and details on espionage at https://www.facebook.com/DSKaneAFormerSpyStillTellingLies.