This post is part of a virtual book tour organized by Goddess Fish Promotions. Gail Z. Martin will be awarding a $25 Amazon or B/N GC to a randomly drawn winner via rafflecopter during the tour. Click on the tour banner to see the other stops on the tour.

Jonmarc Vahanian fled from the raiders and monsters that killed his family, but when danger dogs his steps once again, he leaves the traveling caravan that gave him shelter to become a mercenary in nearby Principality. His fighting skills help him rise through the ranks, and draw the attention of a Nargi general—and the general’s undead mage. An old, unsettled score turns deadly, trapping Jonmarc in dangerous intrigue. He can save himself—and betray everything he holds dear—or die a hero as the raider’s curse holds true.

This collection is the second set of short stories and novellas that reveal another phase of Jonmarc’s growth from a blacksmith’s son to becoming one of the greatest warriors in the history of the Winter Kingdoms.

Soldier. Fight slave. Smuggler. Warrior. Brigand Lord. You may have encountered Jonmarc Vahanian in the Chronicles of the Necromancer but you don’t really know him until you walk in his footsteps.

He never knew Tarren was behind him until he felt the knife plunge into his side.

“Looking for me?” Tarren’s voice was as raw as Jonmarc remembered it. “This is a long way to come when the festival’s back there.” He chuckled. “War Dogs don’t usually slip the leash.”

Jonmarc could feel warm blood starting down his skin. He focused on his anger and kicked backward with his boot, catching Tarren in the balls, then wheeled and kicked the knife from Tarren’s wrist with a perfect Eastmark kick. The pain of movement made Jonmarc gasp and stumble, but Tarren was on the ground. Jonmarc ran as fast as he could down the darkened alley, gritting his teeth against the pain.

Tarren was down, but not out. Jonmarc was certain of that. And when Tarren got back up, he would be twice as vengeful. The quick death Tarren had meted out in the square would be a mercy Jonmarc could not expect. Jonmarc was sure that Tarren also knew how to make a man’s last candlemarks last exquisitely, excruciatingly long.

What a damn-fool errand this was, chasing him on my own, Jonmarc berated himself, but it was too late for second thoughts. He careened down the alley, stumbling over trash and bodies, trying to put as much distance as he could between himself and Tarren. He turned down a corner, hoping that he would eventually double back toward the festival plaza. This alley proved even darker than the last. 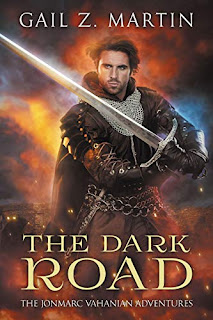 Other work includes the Chronicles Of The Necromancer series, the Fallen Kings Cycle, the Ascendant Kingdoms series, and the alternate history novel Iron & Blood and the Storm & Fury collection (co-authored with Larry N. Martin) She is also the co-author (with Larry) of the Mark Wojcik monster hunter series (Spells, Salt and Steel) and the upcoming Wasteland Marshals series and the Cauldron/Secret Council series from Falstaff Books. 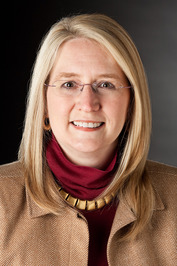 She is also the organizer of the #HoldOnToTheLight campaign: http://www.HoldOnToTheLight.com.
Join her email update and never miss a new release—plus get great free stories just for signing up! http://eepurl.com/dd5XLj