DEAD IN THE DARK & Giveaway

Dead in the Dark How do you prove a murder without a body?
Ten years ago, Reece Bower was accused of killing his wife, a crime he always denied. Extensive police searches near his home in Bakewell found no trace of Annette Bower's remains, and the case against him collapsed.
But now memories of the original investigation have been resurrected for Detective Inspector Ben Cooper – because Reece Bower himself has disappeared, and his new wife wants answers.
Cooper can't call on the Major Crime Unit and DS Diane Fry for help unless he can prove a murder took place – impossible without a body. As his search moves into the caves and abandoned mines in the isolated depths of Lathkilldale, the question is: who would want revenge for the death of Annette Bower? 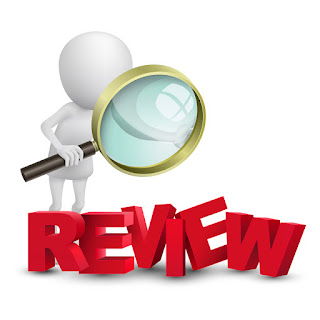 Wasn't sure how well I would like this book or if I would be able to follow along with the story plot as well as I did.  But this book was really good.  It was well written that keeping your interest is not a problem.  A page turner to say the least.  I think the most interesting thing about this book is the British background setting that it has.  Being able to be taken across the seas if a great escape when reading!

No one wants to die in the dark. To lie alone in the blackness, feeling the chill of death creep slowly over you. Shut away from the light as the fear numbs your limbs and chokes the breath in your throat. The long, long sinking into the cold depths. And then to sense that slipping away. The final slipping away into nothing.
Do you feel that stab of pain as it shoots through your chest? Try to make your breathing more shallow. You have several broken ribs, a fractured arm, perhaps a punctured lung. You can hardly know, in the dark. But you can feel the internal bleeding, the seeping blood as it squeezes your internal organs, bloats your stomach and intestines. You know your injuries are fatal.
That fear of the dark is overwhelming. Because this is true darkness, an eternal night in which your eyes have become useless. Your heart thumps uselessly as you strain to see where you’re lying. You can sense space around you, a slight movement of icy air, a shifting of heavy masses, a solid weight way above your head. A sharp, stabbing pain is in your back from something hard you’re lying on. This isn’t a grave. But it is your tomb.
Does your fear of the dark make any sense? When you’re dead, you go into endless blackness. Yet you’ve always hoped you would get one last glimpse of the light, always prayed that you wouldn’t die alone.
Well, that’s not going to happen. There’s nothing for you to see here. Not a glimmer of light, not a flicker of hope. Only the darkness.
A creak and a rattling makes you freeze. Is someone here? Or some thing? But no . . . you breathe out and release the pain. The noise has quite a different meaning. It’s something huge shifting overhead. It signals the end, the approach of your death. You’re about to be crushed completely.
***
Excerpt from Dead In The Dark by Stephen Booth. Copyright © 2018 by Witness Impulse. Reproduced with permission from Witness Impulse. All rights reserved. A former newspaper journalist, British author Stephen Booth is the creator of two young Derbyshire police detectives, Ben Cooper and Diane Fry, who have appeared in 17 crime novels, all set in and around England's Peak District.

Visit these other great hosts on this tour for more great reviews, interviews, guest posts, and giveaways!

This is a rafflecopter giveaway hosted by Partners in Crime Virtual Book Tours for Harper Collins/Witness Impulse. There will be 3 winners of one (1) copy of SECRETS OF DEATH by Stephen Booth (eBook). The giveaway begins on September 25, 2018 and runs through October 26, 2018. Open to U.S. addresses only. Void where prohibited.