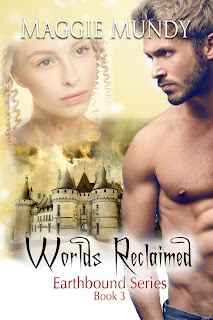 Clare and her group of vampires, fae and werewolves want to live on Earth. To do that, they must heal the worlds they have been visiting through the portals.

Vesi, is an albino vampire and Heln, is a white werewolf. Neither has been accepted by their people. This unlikely couple tries to fight their growing attraction to each other while helping to save two worlds.

On one world, a mist is closing in so nothing will survive. On the other, the High Priestess Sari is at war. Her power is failing and she wants to use Vesi’s blood so she can live forever.

Can Heln save his love and help his friends save both worlds. Will their group ever get to Earth?

Heln ran across the deck as he watched Vesi fall. Everything seemed to slow down and yet he knew it had been only a second since the lightning streaked across the sky and hit her chest. It might as well have hit his chest, for he thought his world was being wrought in two. He knew one thing for certain. If she died he did not want to live. How could he have changed so much in such a short time?

He had grown up hating bloodsuckers. One had killed his mother and the pain still ran deep. He was a soldier and a hard man; he needed to be to survive. All his life he had been an outcast amongst the wolves and more than anything he wanted to belong. He always hoped when he imprinted on a wolf female, the clans would then accept him.

Heln knew that would never happen now as he felt the tug of his heart going towards Vesi. His yearning for her gave him a physical ache in his chest. His acceptance within the clans had always been tenuous at best. The clans considered a white wolf a bad omen and he would have been killed before now if he could not fight so well. His mother always protected him when he was small, but once she was gone he fended for himself. All his life he needed to prove himself to get respect and now would be no different. He would fight these feelings he had for Vesi, and not give up on his dream of being part of the clan. 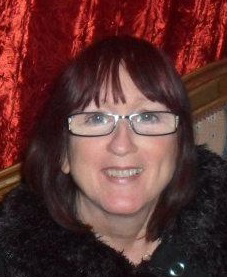 She has also performed for many years in corporate entertainment for which she wrote her own sketches, which probably explains why her head is so full of characters. She loves writing romance but thinks falling in love can be scary, especially in her stories where creatures of the night exist.