Release Blitz
Title: Dirty Boy
Series: The Dirty Series, book 1. Books 2 and 3 should be released in 2017. They will be standalones and have no cliffhangers.
Author: Kathryn Kelly
Genre: New Adult (with sex) Contemporary Romance
Release Date: September 30, 2016 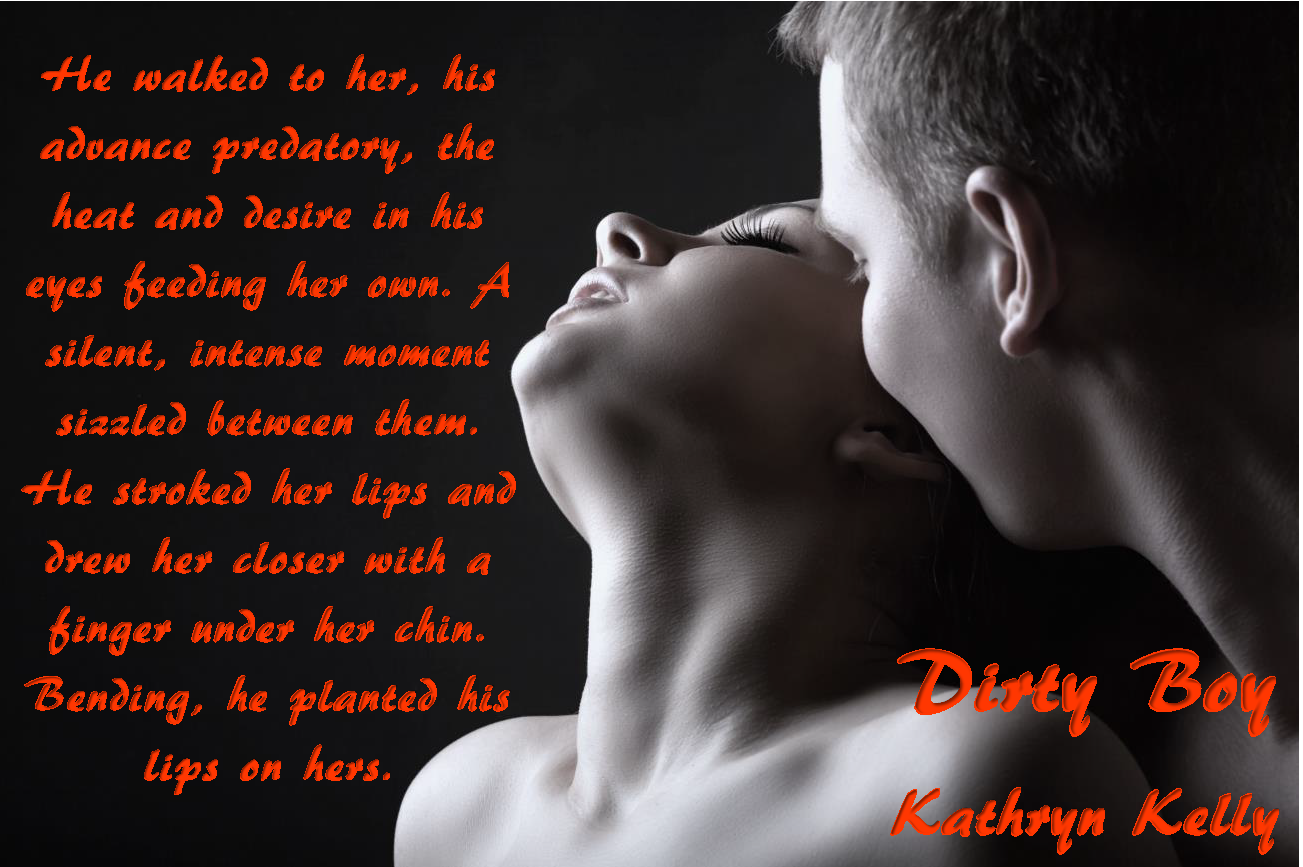 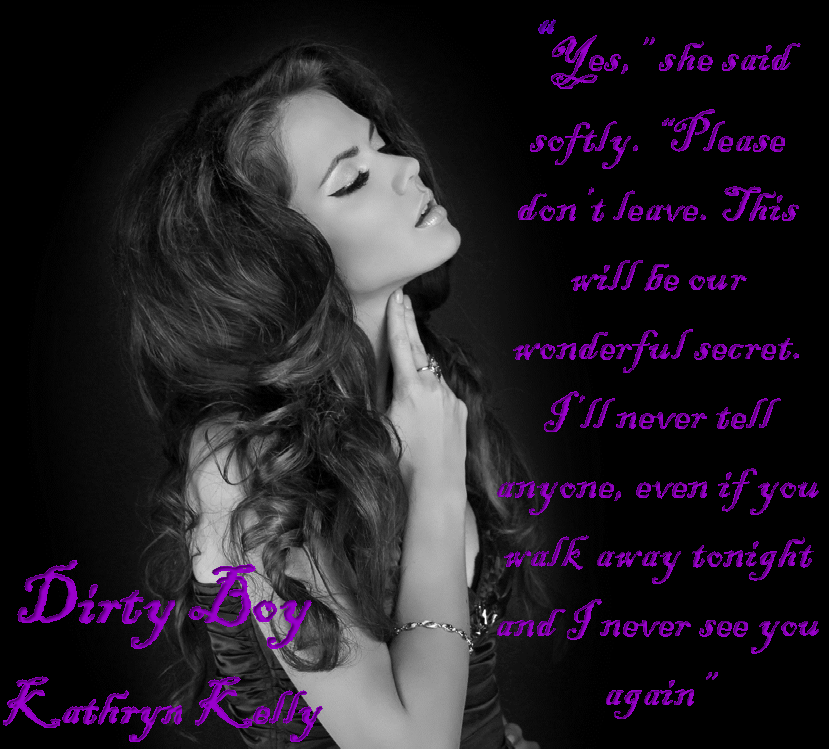 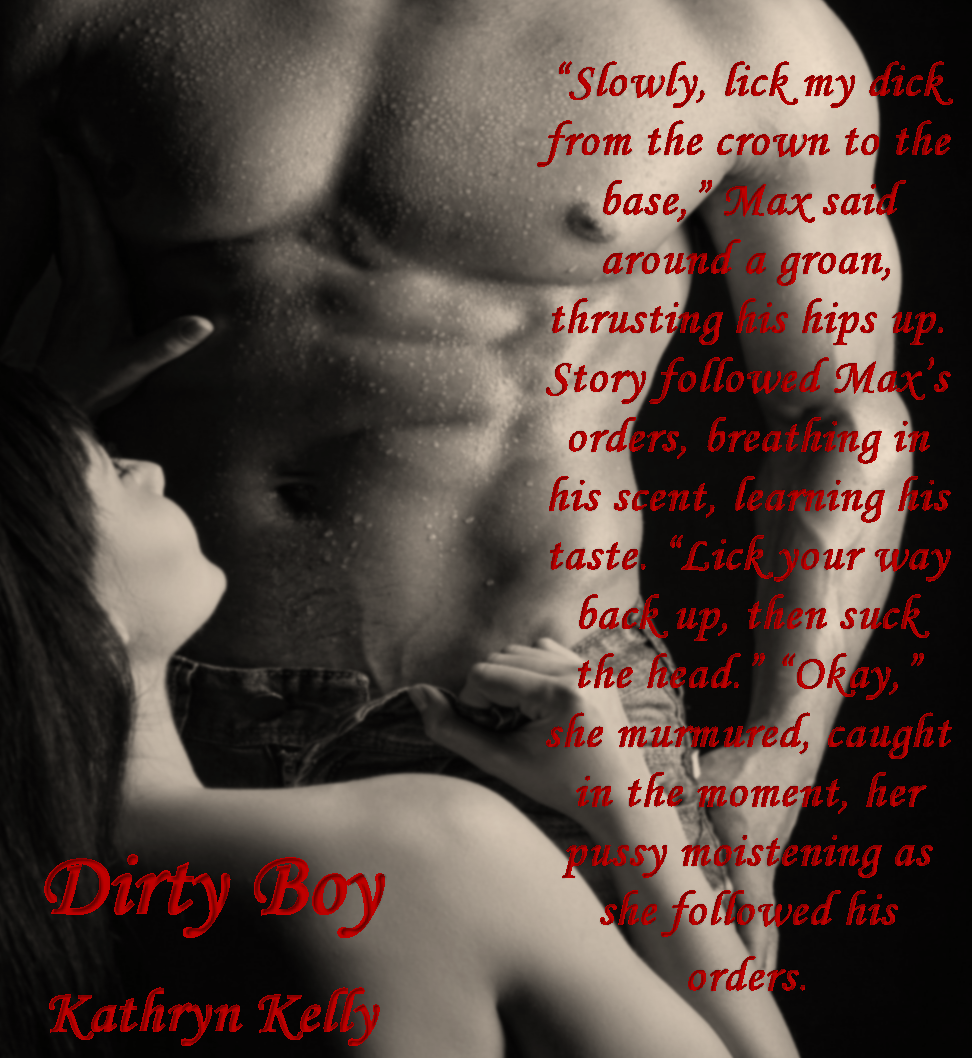 “May I help you?” she asked. He lifted a brow. Her question should’ve irked him. She lounged in his father’s house, as if she belonged there. But the light sound of her voice brought wicked images to his mind. “What type of help are you offering?” A blush crept into her cheeks, yet she grinned. Mischief lit her eyes. Her stunning face would work as well on-camera as her perfect body. She held out her hand. “I’m Story. Babs’ daughter.” Fuck! This girl wasn’t a servant’s daughter, taking advantage of his father’s generosity and liberalism. She was his stepsister. Believing her mother to be an opportunist, he wanted to resent her. For some reason, he walked forward and took her hand into his. “Max,” he introduced. “Max,” she breathed, her friendliness turning wary. “Winston’s son?” His reputation preceded him. “The porn star,” she giggled out nervously. His career wasn’t a secret, but it shocked him that she brought it up. Most people refused to admit they liked porn. He nodded, enjoying the blush creeping over her entire body. “The same.” “Richard Head.” She was still giggling. He waited for his annoyance at the grating sound. It didn’t come. Once again, he nodded. “Or is it Dick Head?” she asked around peals of laughter that drew a chuckle from him. “Have you watched me?” That shut her up. She snapped her mouth shut and offered him and under-eyed look. “Maybe,” she responded in a sing-song tone.   Spotify Playlist: https://open.spotify.com/user/12141335015/playlist/3G2rbmU8Mi5SjUIRdu7HIc

In Kat's head, she's the ultimate biker babe. In reality, she is an ordinary, everyday person who loves scotch, reading, writing, and football.