Sinfully Ever After *Hosted by Enchanted Book Promotions* 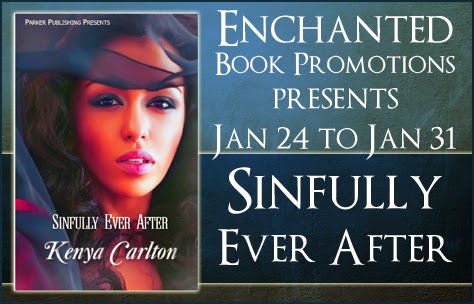 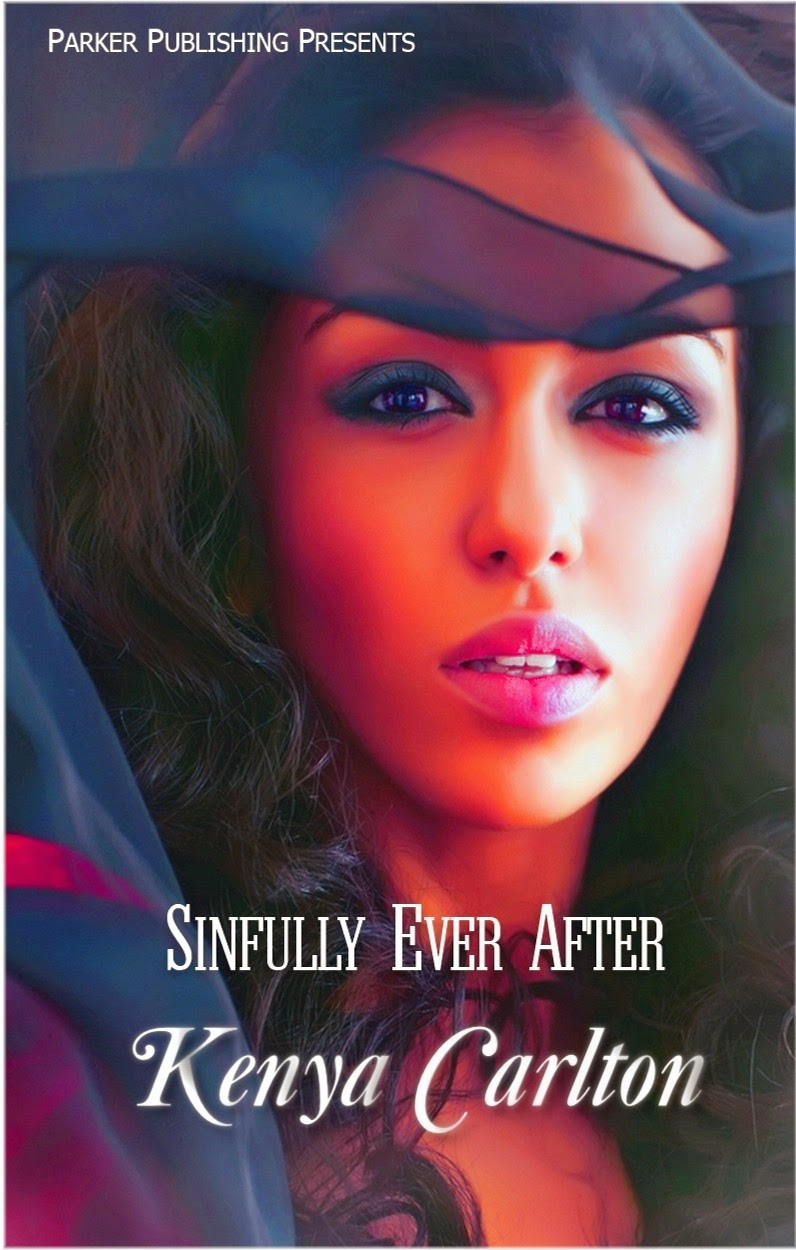 Title: Sinfully Ever After
Author: Kenya Carlton
Genre: Paranormal interracial
Experimented and tested on by the Nazis, Captain Drake Devilin and his troop of beasts are made into something unholy. Unwilling to serve as a guinea pig for the government any longer, Drake has only one thing on his mind … his beautiful wife, but instead finds himself involved in a war of the supernatural kind. Further pressure mounts when Drake uncovers that a stranger from Sienna’s past is responsible for the rash of supernatural crimes plaguing an enchanted underwater city.
After beating an evil sorcerer at his own game, Sienna Devilin awaits her husband’s return from Germany. Once Drake Devilin arrives, Sienna can tell something is different about the captain. Moody and temperamental, Sienna doesn’t know what to think when he turns down a fight to help with a fresh crop of engineered monsters.
With World War II in full swing, Drake is unable to talk his wife out of their new obligation. Sienna is more determined than ever to fight off demons from her past and monsters in their not too distant future.
Links
Amazon    Facebook   Website   PublisherParker Publishing

Book Excerpt
Light snow fell to the earth. The flakes melted nearly as quickly as they landed. Drake welcomed the fresh air.
Yards from the house he tracked his wife’s scent near the horse’s paddock. Sienna stood under the full moon in front of the big animals that grazed by the fence. He worked his way past the medical tents to join her. Pretty and peaceful, it was no wonder she came to the pasture since dinner had been a complete and utter disaster.
Murphy and Barker joined them for a marvelous evening—along with their wives—for screaming, cursing, and his personal favorite…crying. Murphy’s spouse, Evie, called him every name and then some, while Alex, Barker’s wife, sat in her seat softly sobbing. Somewhere before dessert but after dinner Sienna snuck off.
“Dear wife,” he whispered in her ear before he placed his coat over her shoulders. “I will extend to you my sincerest apologies for not being forthright, but you must promise to never make me sit through anything similar to that again.” Confident he wouldn’t beturned into a toad when she chuckled he pulled her back into his chest.
“They’re worried about their men.”
“I gave them a choice this afternoon.” Drake buried his nose into the careless curls constructed on top of her head. “It is out of my hands,” he murmured, submerging himself in her sweet scent.
“Evie and Alex are not angry at you per se. They’re mad at the amount of loyalty their husbands display toward you and their country.”
“I am not the villain here.” He sighed. “Am I yours?”
Sienna turned in his arms.
Slow drifting snow caught on her long eyelashes, illuminating her beautiful face. Drake captured her lips, and attacked her sweet mouth. Only for a moment, he thought to himself before he released her.
“Why did you stop, Captain? Afraid you’ll lose your mind?” She continued to tempt him with tiny kisses to the underside of his chin. The sum of her powers were too great for one person alone. Extreme anger or sadness could send her into a downward spiral. It had taken Sienna years to learn how to control the balance of her emotions. Otherwise, the sanctity of her sanity would be put into question. Drake remembered all too clearly when she nearly went mad.
“I was falling in love with you,” Sienna replied.
Drake felt that she was wrong and it was the other way around. His raw need for Sienna almost certainly sent her over the edge. Even now, every time he got too close another spark of magic would course through his veins. He couldn’t imagine what a huge wave of her power would do to him.
“Tell me, Captain, are you afraid of the devil in me or is it the devil in you?” Sienna rose on the tips of her toes to kiss the side of his mouth. Weeks had gone by where he didn’t think he would ever see her again. Drake felt the soft palm of her hand caress his face, while she sweetly nipped at his neck. Regardless of his wants or needs, he understood what was at stake for the both of them.