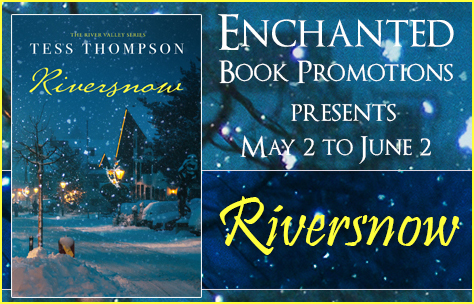 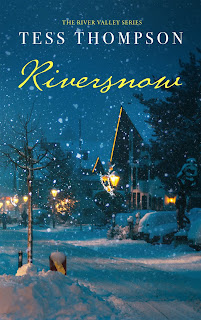 Genevieve Banks is beautiful and successful - and one of Hollywood's highest paid actresses.
While filming opposite Hollywood's heartthrob Stefan Spencer in River Valley, Genevieve and Stefan form a deep friendship. He wants to take their relationship to the next level, but a violent incident from Genevieve's past has made her feel intimacy is an impossibility.
When her closely guarded secret is revealed, Genevieve is forced into a decision: Stay silent and let others suffer or bravely confront her violent past and the man who hurt her.
In this fourth installment of the bestselling River Valley Series, author Tess Thompson explores themes of community, friendship and love. 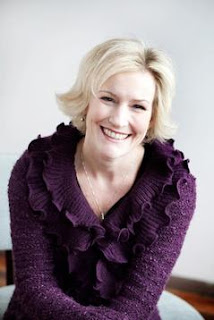 Author Bio
Tess Thompson is a bestselling novelist of romantic suspense. She’s also a Zumba dancing queen, though the wearing of the crown is reserved for invitation-only appearances. Recently she’s participated in obstacle course races, the hardest of which was the Spartan Beast in Sun Peaks, British Columbia. It was an awful experience that will soon be included in a novel. There was running. And climbing a mountain. And obstacles, like walls and crawling under barbed wire. She is not the running or obstacle queen.
​
Like her characters in the River Valley Collection, Tess hails from a small town in southern Oregon, and will always feel like a small town girl, despite the fact she’s lived in Seattle for over twenty-five years. She loves music and dancing, books and bubble baths, cooking and wine, movies and snuggling. She cries at sappy commercials and thinks kissing in the rain should be done whenever possible. Although she tries to act like a lady, there may or may not have been a few times in the last several years when she’s gotten slightly carried away watching the Seattle Seahawks play, but that could also just be a nasty rumor.
She currently lives in a suburb of Seattle, Washington with her brand new husband, the hero of her own love story, and their Brady Bunch clan of two sons, two daughters and five cats, all of whom keep her too busy, often confused, but always amazed. Yes, that’s four kids, three of whom are teenagers, and five cats. Pray for her.


They drove toward town without speaking. Stefan seemed at ease driving in the heavy snowfall, despite the way it covered the windshield as fast as the wipers could clear it. The XM radio, set to the ‘90s station, played Celine Dion’s “Because You Loved Me.” On the screen, the year 1996 was in parenthesis next to the name of the song. “Will you turn it to something else?” she said, tugging on the shoulder strap of her seat belt. “No nineties music?” He raised his eyebrows, teasing, as he moved the dial to a contemporary music blend. “But it’s a representation of our youth.”
“Exactly.”
“How old were we in 1996? Fifteen?”
“That’s right.” She pretended to be interested in something outside the window. He fell silent. She could almost hear the questions he wanted to ask, even though he knew the unspoken rule. Do not ask Gennie about her childhood. If he asked too many questions about her past, she went mute.
They crossed the valley. The hay fields, yellow when she had first arrived in River Valley, were now white with the dusting of snow, as were the surrounding mountains. They passed the road where Annie and Drake Webber lived; their huge house sat perched on the side of the mountain, hidden in the trees. She and Stefan had spent countless nights there, most recently to celebrate the marriage of her best friend, Bella, to Ben Fleck. As they entered town, River Valley’s welcome sign informed them of the population—still 1425. Stefan gestured toward the sign.
“You think they’ll change the sign when Annie has her baby?”
Gennie smiled. “Maybe. We should ask Mike.”
Stefan chuckled, slowing the car as they entered the city limits. “As the town’s self-appointed mayor, Mike would change the sign using White-Out if he had to.”
They both smiled. Mike Huller and the group of new friends they’d made were on a crusade to reinvent the town from a dying timber community to a thriving tourist destination. Thus far, they’d managed to add a gourmet restaurant, Riversong, the River Valley Lodge, and the Second Chance Inn, where some cast and crew had stayed. All of this in addition to a high-tech call center, which was run by Bella’s husband, Ben. According to Annie, the chef at Riversong, the town was a completely different place than it had been three years ago when Lee Tucker and Mike first opened Riversong. Ben was opening a fly-fishing shop, in addition to the call center. Bella was launching a makeup and skin care line, which would be headquartered in River Valley. Gennie had agreed to help finance it and be the “face” of Bella’s dream.