One God - The Will To Power 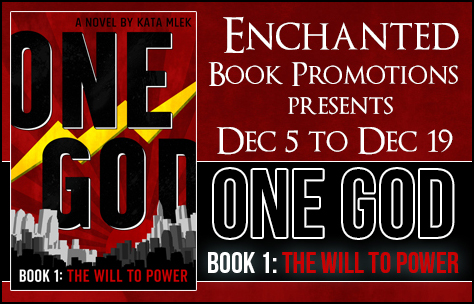 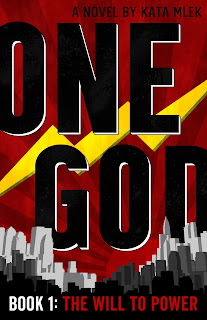 About the Book
Title: One God – The Will To Power
Author: Kata Mlek
Genre: Dystopian, Technothriller, Science Fiction
Miran Zyelinski has had enough of ethics and laws getting in the way of progress.
Nothing—not the government, not the church, and certainly not lesser men—will hold back Miran’s vision for humankind: immortality.
Miran will need wealth, brilliance, and ruthlessness to achieve his goal. Andreas can provide wealth, but must be paid in his own currency, and his price is high. Satia has brilliance and ruthlessness to match Miran, but their mix is volatile.
Opposed on all sides, Miran will not waver from his goal of immortality. The question is not whether he will succeed, but who will be left alive when he does.
Based on real-world developments in biology and genetics, this technothriller rolls relentlessly through unexpected twists and continuous shifts of power, culminating in a tempting, disturbing, and altogether-too-likely vision of the future, where one corporation gains almost total control over the world.
Book 1 of 3. Includes The Genesis Files, bonus micro-fiction and art from the world of One God.
Note: contains strong language and some disturbing scenes. For mature readers only. 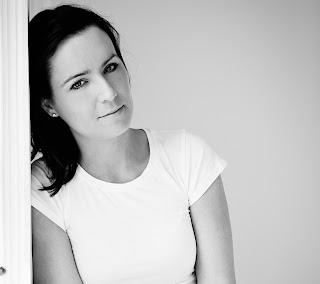 Author Bio
UNCOMFORTABLY REAL FICTION
I began my writing career in 2012 after leaving the IT industry. In Poland, I’ve had several successful novels published by traditional publishers. In 2015, I made the decision to switch to self-publishing and start my international career.

In 2016, I published One God—a trilogy of techno-thrillers about corporate control of genetic modifications. Originally published in Polish as a single long novel, the English version was expanded and re-written to create a trilogy with lots of great new scenes.

Now I’m working on another psychological thriller, a brand-new story written directly in English for my English readers.

All of my books cross genres—I like to experiment with different styles to create the effect I want, and to give my readers a unique experience. My Polish background gives me a different perspective and makes my writing fresh, although I feel it’s still accessible—inside we’re all the same, after all.

You can read my free short stories, get writing tips, and catch up with me on my blog at katamlek.com. If you like my work, you can become my patron on Patreon and get future books for free. And of course, you can find me on Amazon, Facebook, Twitter, Instagram and Pinterest.

They entered the main hall. Miroslav felt a bit irritable, as he often did at this kind of event—so many people, so many stupid ideas. The world would be so much better a place if there were just fewer idiots. Unfortunately, TransAgra was rife with feeble-minded, second-class scientists. Good thing our days here are numbered, he thought.
He stopped for a moment and looked around.
“Who are you looking for?” asked Sylvia.
“A friend.”
“What friend?”
“Let’s just say he’s our ticket to the big time.”
“Which one?”
“Him—Andreas Maes,” Miroslav said, nodding discreetly to their right.
An attractive man—flanked by two tall, well-dressed women—stood talking to one of the TransAgra professors, a co-worker of Miroslav’s whom Sylvia knew by sight and didn’t like. The guy was steeped in a polite hatred of eastern nations, which was why the two of them—Sylvia and Miroslav—hadn’t been able to move up within the Austrian science company. The scientist was mostly focused on the girls, though Maes was ignoring them. He seemed not to really be listening to the conversation, his attention wandering around the room instead. Finally, he spotted Miroslav and his gaze rested there. He blinked almost unnoticeably, subtly signaling that his friend should come over and interrupt the conversation, which he clearly wasn’t enjoying. Miroslav got the message.
“Let’s go!” he said, moving toward the group, but Sylvia didn’t follow.
“Why are you getting involved with that psycho?” she hissed.
“Come!” Miroslav snapped. He grabbed her elbow and dragged her. She resisted, and he squeezed her arm more firmly. “Sylvia, stop making a fuss and let’s go!” he ordered in an icy tone.
“I hate him!” she said quietly. “I don’t want you hanging out with him!”
Miroslav sighed.
“I’m not hanging out with him,” he said.
“I don’t like the way he’s looking at you—like he’s looking at prey.”
“Don’t be ridiculous, I’m not gay.”
“I don’t like that you guys have made plans behind my back!”
“Don’t you trust me, Sylvia?” Suddenly he was calm and empathetic. He looked her in the eye, smiling slightly. “I would never agree to anything that might hurt you or jeopardize your career, or even make you uncomfortable—really.” He released her elbow and stroked her arm. “Relax,” he said. “You have to give something to get something, that’s how it works.”
“Fuck you!” Sylvia said, and Miroslav laughed.
“You okay?”
“Yeah, I’m fine,” she said. “Let’s just talk to him and get it over with.”