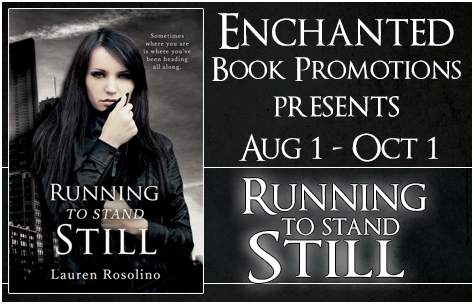 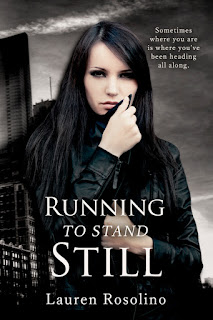 Collin was who he was: simple and easy.
Me? I was jagged and complex. I wanted everything.
And despite how he made me feel—safe—it was clear to me that we’d never work out in the end.
That divide between us would always be there.
Because I’d never ask him to give up on the things he wanted.
And, while I sometimes wished I could be that person, I wasn’t.

Just seven more months. Then Jamie Benson can leave this goodbye town behind her and start her new life in Chicago. She can leave this place of broken glass and cracked sidewalks and rusted fences. This place that holds nothing good. She can leave the ghosts and spinning rooms and shattered promises in her rearview mirror and never look back.
But all the stories she’s been telling herself are threatened when, one night, while tending bar at her father’s hole-in-the-wall dive, she meets Collin—a boy who is good and honest and sincere in a world where everything is harsh and cold and detached. A boy who makes her feel safe. A boy worth staying for.
Will Jamie be able to untangle the truths from the lies? Or will the sins of the past swallow her whole? 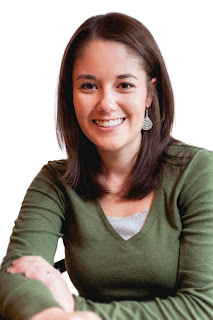 Author Bio
Author of The Charm Necklace and Running to Stand Still. Writer of stories about finding beauty in brokenness.
She is a storyteller. Adventuer. Partner. Coffee drinker. Magic believer. Rebel with a gypsy soul. Lover of the woods and books, the woods and walks.
Born and bred in Detroit, Lauren grew up reading Harry Potter, watching Gilmore Girls, listening (and dancing) to a lot of music, and wondering why people do what they do. She graduated from Wayne State University with a BA in Psychology. Lauren lives with her husband, dog, cat, and bunny in Charleston, South Carolina.
To find out more and read her blog, Wonderstruck, visit www.laurenrosolino.com.

“I can’t seem to stay away from you,” she said in a way that suggested how painful it was for her to admit that she could actually need somebody. “Even though I know you’re bad for me.”
“Actually, I think I’m good for you,” I challenged.
She shook her head. “Not when you break my heart you won’t be.”
More like she was going to break mine, not that that was going to stop me right that moment. I pulled Jamie onto my lap; her legs on either side of mine, straddling my hips. My hands went to her lower back, pulling her closer to me.
She sighed, leaning forwards, her forehead touching mine. I could tell she was fighting with something. Struggling.
Rubbing her back, I waited for her to say it. My body was buzzing with what was happening between us right now. Not when you break my heart, she’d said.
I was about to coax her into saying something when she finally spoke. “But we’ve only got six months,” she said in whispers.
I placed my finger on her lips, silencing her. “Shh,” I said. “Let’s not worry about that right now.” I couldn’t think about her deadline without it crushing me.
“But—”
“Let’s just be here, okay? We can worry about that later.”
Her brows creased together and I knew it was killing her to do just that, to surrender to whatever was happening. She was a planner, down to the details, and I bet that letting go of any sort of plan was probably the most excruciating thing for her to do.
I didn’t want her to think anymore. I didn’t want her to worry. I didn’t want her to feel anything but how much I wanted her. So I grabbed her face in my hands and pulled her to me, pressing my lips into hers. It was hard and fierce and my body was all but begging for her to sink into me.
And she did. Her lips moved with mine, smashing and colliding together. We were pulling, struggling, each trying to get closer to the other as I peeled off her jacket. Our bodies moving against each other with an electric friction.
I ran my hands down her neck to her back, wrapping my arms around her completely, falling into her. Drowning in the feeling of her against me, in my arms, holding on to me. The only thing I’d wanted for the past month.
“Just promise to be mine?” I asked, desire thick in my voice, pulling my lips away from hers for a second. I needed to hear her say it. I needed to know she was in this with me.
“I don’t know if I can,” she whispered, her breathing heavy. A war waged behind those beautiful eyes.
“Yes. You can.” My voice coming out rougher than I’d intended. “Don’t think about it, Jamie. Just do it.” I couldn’t let her get away.
I kissed along her neck up to her jawline, then back down to her collarbone. She leaned into me as I did. I knew I wasn’t playing fair. And I didn’t care.
“Okay,” she said in the softest gasp.