A Sprint to His Heart 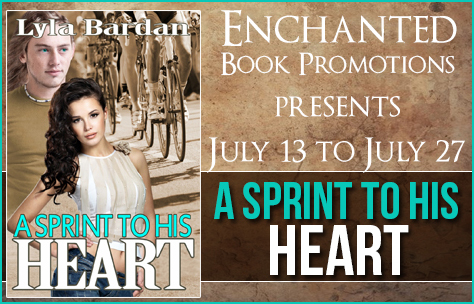 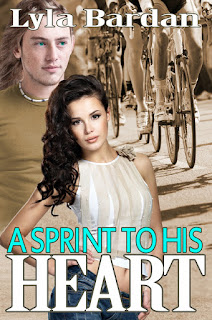 About the Book
Title: A Sprint to His Heart
Author: Lyla Bardan
Genre: New Adult Romance
An ordinary young woman with a dream to be a professional cyclist falls for an extraordinary young man who thinks she’s anything but ordinary.

Bailey Meyers doesn’t have time for distractions, much less a boyfriend, so why does she agree to date the drop-dead sexy Fae artist who loves to watch her race? Because for once, she’d like to take a risk off the racecourse, even after her coach’s reminder of his no dating policy. A policy that puts her racing career in jeopardy when she’s kicked off the team, as if a concussion from a crash and an accusation of doping with dark Fae blood wasn’t enough.

She can’t stay away from the enchanting Piran of Sava…until she discovers he’s not who she thought he was. Can their love stay on course when Bailey joins a cycling team a thousand miles away and Piran is promised to a Fae princess? 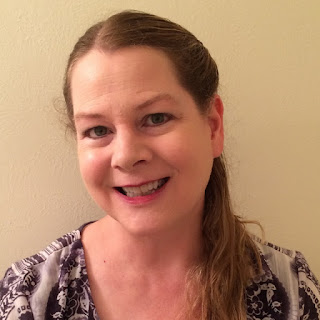 Author Bio
Lyla Bardan wrote her first romance in fifth grade and was horrified when her male teacher read it aloud in class. She wrote her second romance in the seventh grade after seeing two great horned owls engage in a rather fascinating courtship dance. As the male hooted, danced, and bobbed for the female, Lyla knew there was a story to be told. This discovery of passion in the animal world led to a lifelong interest in science, other worldly creatures, and their love stories.

While in college, Lyla joined a sci-fi/fantasy acting group, where she and others made puppets and produced plays for fellow students. Her favorite part was not creating the overly detailed and ornate puppets of fairies, demons, and dragons, but writing romance bits into every script.

It wasn’t until years into an unfulfilling scientific research career that Lyla came back to her roots of writing. Reaching into her dreams and fantasies, she left the research behind and now stays busy writing from the comfort of her home office, overlooking her well-maintained fairy garden, fruit bearing trees, and a number of birdhouses. There she can relax and remember that it was two birds that originally sparked her interest in love stories just begging to be told.

Note: Bits of this fascinating biography (written by Lyla’s daughter) are actually true!


On the way to registration check-in, I steered my racing bicycle around a corner. Today’s race would be my ticket to the Olympics. I could feel it in my bones.
Too bad I wasn’t looking where I was riding.
A goblin on a stunt bike, laughing like a maniacal hyena, popped a wheelie right in front of me. I hit the brakes hard. My rear tire skidded on the pavement and started to come around. Oh, hell no. Struggling to stay upright, I leaned into the slide. Come on…come on…Yes!
Nearly at a standstill, I toppled over and landed on the lawn of downtown Chicago’s finest apartment building.
Seriously?
An old woman yelled for her husband to come outside. For God’s sake. If I could just get my shoes unclipped from the damn pedals. I crawled deeper onto the wet grass, dragging my lightweight carbon-fiber bike with me so I could get it off the sidewalk.
“May I help you?”
Peering in the direction of the accented voice, my gaze traveled from long legs clad in faded jeans to a T-shirt pulled tight across a broad chest. A long braid of hair so blond it could have been spun platinum hung over the shoulder of the unbelievably breathtaking Guardian Fae.
Iridescent eyes sparkled with amusement, a quirk on his lips. “Are you all right?”
I swallowed hard. “Yes, I’m fine. Thanks.”
Reaching down to tug on my racing shoes, I caught movement out of the corner of my eye and jerked back.
“You have mud on your cheek.” He leaned forward.
Perfectly proportioned fingers neared my jaw, and my breath faltered. I hastily smeared a palm across my face…and shoved a blob of mud up my nose.
Oh God. Then I sneezed, and mud splattered all over my bare leg and his sneakers.
Could I just start this day over? Please?
Tugging on the clips on my bike pedals, I was finally released and jumped to my feet. “I’m…I’m good now. See you later.”
Arggh. Yet another inane comment. Why couldn’t I just shut up? Avoiding the Guardian’s curious gaze, I mounted my bike.
Twelve years since the Revealing, when we discovered the mythical Fae weren’t so mythical after all, and not much seemed different. Maybe because I was only nine at the time. Sure, cops had Faezers to keep the most dangerous dark Fae in line and Fae magic was regulated, but goblins were still annoying little shits and the Guardian Fae, regardless of their modern dress, were still distant visions of beauty and grace.
At the moment though, I didn’t care about the Fae. In less than an hour, I needed to race in one of the most important events of the summer and I still hadn’t checked in.