The Girl with Red Hair 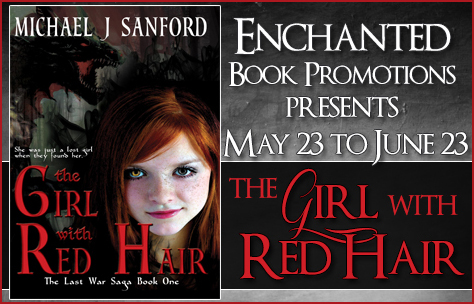 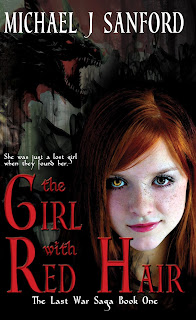 About the Book
Title: The Girl With Red Hair
Author: Michael J. Sanford
Genre: Fantasy
She was just a lost girl when they found her.

The circumstances are odd, that much is true. But she's just a child. She needs protecting. She needs guardians.
Before long, strange magic manifests from the small girl, equally awe inspiring as it is terrifying.

Does she control the fire and light?
Or do they control her?

Shadows are rising from Alfuria, the very world beneath their feet. Sometimes they call, wishing for an unending embrace.
Dragons have risen as well, from myth and legend, stalking land and sky. The roar of such beasts shakes even the most resolute warrior.

Shadows, gods, dragons, and the girl with red hair. What is real and what is merely illusion?

Adelaide is undoubtedly important.
That may be the only certainty. 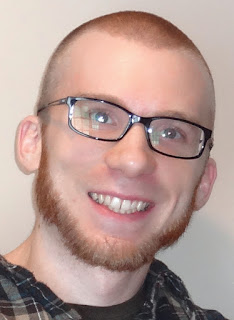 Author Bio
Michael has always been a prisoner to his imagination. His childhood was spent running through the forest, pretending to be a gallant warrior saving the countryside from certain destruction. Or he was a ferocious beast terrorizing the very same countryside. There is always a story spinning through his mind. As an adult, writing has become the only way to keep his head from exploding.

He lives in upstate New York with his loving wife and two cats. If he's not writing, he's likely reading, weightlifting, or forcing his players into difficult situations from behind his Dungeon Master's screen. He is a storyteller first and a writer second.


Book Excerpts
Excerpt #1 from Prologue
She wanted more than anything to save the world. More than any other before it. The best parts of it existed because she had dreamed them up, and she couldn’t bear the thought of watching it all crumble. Or watching her die. But the desire hadn’t been without consequence, and now action would need to be taken to prevent that inevitable fate. A fate that always found a way of growing, festering, and fulfilling its own prophecy. There were innumerable ways to that end, but only one away from it. Or so she hoped.
She had made the first move. The bark of her arms and the leaves that sprouted from her scalp were proof enough of that. Not that she minded. It made her look like… She shook her head, dispelling the image that had brought her to that moment. To every moment. It was reckless and blind, though it had seemed so right at the moment. She still didn’t fully understand how she had gotten to that place. And she couldn’t stop shaking.
She had to take two steps for every one of his. No matter how quickly she moved, the tall elven man stayed a full stride ahead of her. She was breathing heavily and her heart thundered against her ribs, but it wasn’t a result of the pace.
“Are you sure this is necessary?” she asked.
He turned his head, golden hair floating about it in a haze of brilliance. “Yes,” he said. “You began this. Would you rather die with the world? And the rest at your side?”
She shook her head. No, she didn’t want to die, though it wasn’t that threat that drove her. She didn’t care so much whether she died, as long as she lived. Her perfection. Otherwise, what was the point?
“The world deserves a chance,” she said as they rounded a corner and took to the winding set of stone steps. “But there must be some other way.” That sick feeling of regret crept into her stomach and sat menacing. It was a feeling she didn’t think she’d ever get used to. It made things real. Made them matter.
Posted by Stormy Nights Reviewing & Bloggin' at Monday, May 23, 2016