The Dawning of Scarlett
by Jennifer Osborn 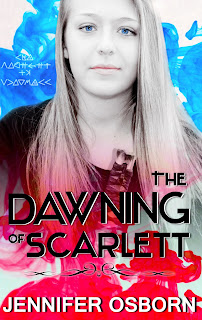 As a pale revenant—the vampire faction believing all life is sacred—sixteen-year-old Scarlett Ellis has learned to hide in the human world. She goes to night-school, works at a coffee shop, and her uncle Chasem trains her in martial arts. No matter what, she has to be prepared, because when she turns seventeen, she’ll be of Dawning age—and her biological father Apollo vows to see her dead first.

Expecting her Dawning to be impossible, she accepts the fact that she will become a rogue, forever hunted by revenant renegades and outcast by her own people. Scarlett thinks she’s prepared for this—until the curly-haired Nicholas Lightener walks into her life and asks her out on a date.

Torn between her feelings for Nick and the danger of the revenant world, Scarlett’s strange life is turned inside-out when she’s kidnapped and forced to do the one thing she swore she’d never do. Plus, she has no idea whose memories keep appearing in her dreams, or if they can even help her. Determined to free herself from a death sentence, Scarlett must fight to become who she was born to be.

Excerpt:
He moves so fast it’s almost a blur. I force myself to quit thinking, quit reacting to every action and strike, but I do succeed in keeping him from hitting my body. After a few minutes of the blistering attack, I find my strength flagging. I become slower, and Chasem takes advantage of it, hitting me hard on the shoulder, and I drop one of my Kali sticks. Chasem drops both of his and reaches out, lifting me by the neck toward the wall, pinning me hard against it.

"Never, ever give up! Do you hear me? Never!" he screams, his hot breath on my face. I squirm and struggle to get free of his grip but find I'm stuck.

His gaze is fierce, his lip curled up in a snarl. "Fight!" he screams again, but it's as if I can't convince myself that I can get free. My visions starts to darken from the lack of oxygen, and Chasem releases me. I collapse in a puddle, heaving hard and coughing, trying to suck air into my lungs though my burning throat.

I see Chasem pace for a few moments with his hands on his hips, like he doesn't know what to do. All around him, the mirrors tremble slightly, as if they’ll shatter at any moment. Chasem reaches for his water, takes a quick drink, then hurls the bottle toward the wall. I've never seen him like this. He’s usually so contained—tough, but contained. Now, he seems like a caged lion.

He turns towards me and leans down. "You can't be like this, Scar. You can't. You have to keep fighting, no matter what. Do you understand? It will be a matter of life or death. Never surrender, do you understand?" 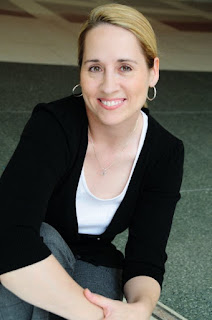 After working in the legal and technical fields for many years, Jennifer Osborn took the plunge into full time writing in 2015. She is the award-winning author of The Shilund Saga and The Sentinel’s Insurgency. When not writing, she listens to a different muse and creates paintings and collages of all sorts.

She lives in the Cincinnati area with her husband, three dogs and two cats.

You can find out more about her at