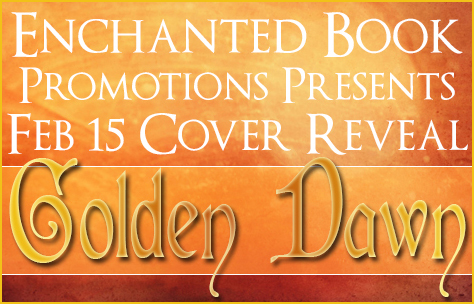 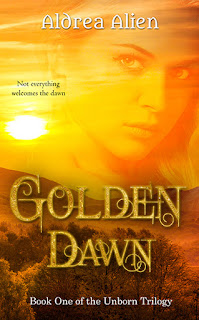 After 1100 years, these simple words mean everything to Herald. His life has been ruled by keeping his siblings safe, keeping them from becoming prey whilst feeding on the weaker. His failures have been many and measured by those he has lost. People like his twin brother.
There has always been another enemy.
Just who the enemy is comes into question when Herald meets the dangerous, angelic creature he is to guard. Wondering where his true loyalties lie is a dangerous thought. No matter whether he chooses family over the heart, it will mean death.
Only the right choice will ensure the life taken is not his. 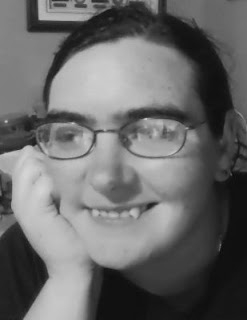 Born and raised in New Zealand, Aldrea Alien lives on a small farm with her family, including a menagerie of animals, most of which are convinced they're just as human as the next person. Especially the cats.

She discovered a love of crafting other worlds at the age of twelve when she first conceived the idea of The Rogue King. Since that that fateful day, she hasn't found an ounce of peace from the characters plaguing her mind, all of them clamouring for her to tell their story first.

It's a lot of people for one head.

Excerpt 1:
Ștefan listened for any telltale sounds of company over the nervous shuffle of the horses. His ears caught only the unnatural hum of a forest keeping too quiet. Frowning, he peered over the edge of the roof. The far door swung on its hinges and heavy curtains stirred in the chill breeze. No sign of the young lord. Had he fled whilst his men fought?
He jumped to the ground, sword at the ready. Still nothing. Inside the carriage, clashing against the velvet cushioning that lined the seats, sat a small ironbound chest. A smile tweaked his lips, stretching them tight over his fangs. He caressed the chest, the wood warm under his fingers. There would be more than enough gold to fulfil his end of the bargain. Ah, my dear Ruxandra, we will be together after all.
Ștefan clambered back into the driver's seat, the half-healed wound in his chest tugging at each movement. With a gentle slap of the reins on the horses' flanks, he urged the panting beasts into a trot. All he had to do was reach the castle before dawn and his dream of marrying Ruxandra would become real. It wasn't much further. Already he could see the towers of the only home he'd ever known, reaching up into the night sky like massive spears.
The rest of the castle soon came into sight as the trees ended and the road stood clear. To look upon those once graceful spires with fresh eyes, to see them somehow transformed into four stubby towers. When had his home become such a squat and ugly thing?
He guided the carriage onward, aiming for the illuminated stable yards that huddled on the right of the courtyard. The wind picked up as he neared, animal waste lending a rank tinge to the ordinary stench of the midden. He held his breath, the tear-inducing odour greater than memory recalled. When he was finally lord of this place, he'd demand such things be buried well away from the castle.
His stomach gave an unexpected grumble. He'd not eaten since the deal and the wound in his chest, fast repairing itself, sapped much of his energy. By all rights, he should've sought sustenance first, but he had to get the contract off Ruxandra's father before the man heard of what had transpired tonight. Then he would feed. Perhaps a stray goat would hold off the cravings. There was bound to be one wandering the valley slopes that nobody would miss.
But first, the contract. Ruxandra would become his wife. He hadn't died to let her slip away now.