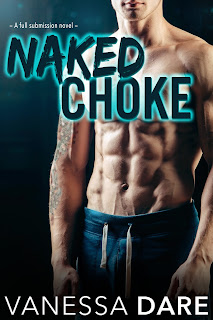 Trapped at the bar during her best friend's engagement party, Emory finds herself with Mr. Dud and his obnoxious pick-up lines. That is, until sexy Grayson Green steps in to rescue her. She's been out of the game so long that she's practically a dating virgin. With her son off to college and her husband now an ex, Emory is learning how to be not a wife, not a mom, but a single woman. What she doesn't anticipate is falling—hard and fast—for a dominate, alpha male.

Grayson Green's an MMA champion, used to working hard and playing harder. He spent years in the limelight where fast times and fast women were easy to come by. Women just want to screw him and men want to be friends with the infamous Green Machine. The appeal is gone and he steps out of the ring to make some changes and get control of his life. He runs his own gym and is a trainer for the next champ. All the training in the world can't save him from the one-two punch of meeting Emory. She's different. She has no idea who he is...and she wants him anyway. She's everything he never knew he ever wanted and he's going to do whatever it takes to keep her.

Gray convinces Emory that there are no games with him, that he wants to take care of her, protect her, and pleasure her until she can't see straight. But not everything from his past are championship belts and sponsorship deals. He'll have to protect her from the one thing he can't control. Gray will do anything to keep Emory because he knows that winning in the cage is nothing compared to winning her heart.

“Sorry I’m late, baby. This place is so crowded, Paul pointed me in your direction.” I felt a hand on my shoulder before I realized the voice was talking to me. The surprise contact made me jump, but it didn’t feel creepy and gross like Bob/Bill’s hand had. It felt like…electricity crackling in the air before a thunderstorm. Glancing back, it was Mr. Bond’s brother—that would make him Mr. Bond as well, then?—smiling at me. At me! His brown eyes weren’t just dark, they were almost black and they were focused directly, completely, utterly on me.

Vanessa Dare does it all: Urban contemporary to time traveling to Scotland and everything in between. Her bestselling alter ego, Vanessa Vale, sticks with steamy Wild West romps.

Vanessa loves to hear from fans. She is on: