The Beast of Barcroft 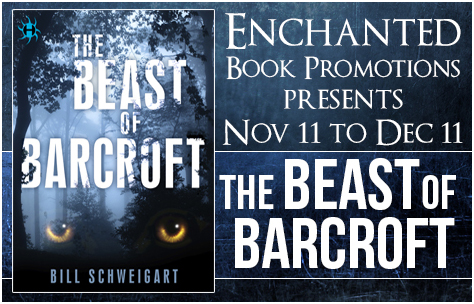 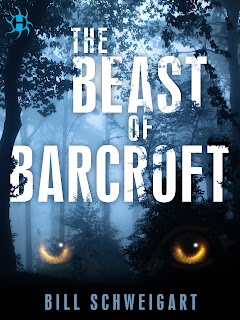 Ben McKelvie believes he’s moving up in the world when he and his fiancée buy a house in the cushy Washington, D.C., suburb of Barcroft. Instead, he’s moving down—way down—thanks to Madeleine Roux, the crazy neighbor whose vermin-infested property is a permanent eyesore and looming hazard to public health.

First, Ben’s fiancée leaves him; then, his dog dies, apparently killed by a predator drawn into Barcroft by Madeleine’s noxious menagerie. But the worst is yet to come for Ben, for he’s not dealing with any ordinary wild animal. This killer is something much, much worse. Something that couldn’t possibly exist—in this world.

Now, as a devilish creature stalks the locals, Ben resolves to take action. With some grudging assistance from a curator at the Smithsonian’s National Zoo and the crackpot theories of a self-styled cryptozoologist, he discovers the sinister truth behind the attacks, but knowing the Beast of Barcroft and stopping it are two different animals.


Author Bio
Bill Schweigart is a former Coast Guard officer who has drawn from his experiences at sea to write the taut nautical thriller, Slipping The Cable. Schweigart's debut is a modern entry to the rich tradition of the sea novel: everyone is confined aboard ship, tensions run high, and the setting itself is deadly, but not nearly as deadly as his characters. If you have ever suffered an impossible boss, ever wanted to fall off the grid and start over fresh, or just wanted to lose yourself in a high seas and high stakes adventure, Slipping The Cable is a must read. Schweigart lives in Arlington, VA, where he is currently finishing his second novel, a supernatural thriller set in the shadow of Washington, DC.