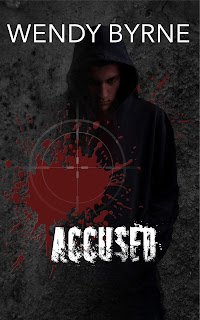 Spawned from the depths of every parent’s worst nightmare, Jillian Beckett’s 16 year old troubled son is charged with murder. He’s unable to remember what happened and swears he’s off drugs, but should she believe him? Her ex-husband doesn’t. The high-priced lawyer she hired doesn’t. Where does motherly instinct intersect with reality?

Afraid and alone, she reluctantly enlists the help of her son’s football coach to find the truth of what happened. As they battle to uncover the guilty party, confidences are shattered, lives are on the line, while her son is one step closer to spending his life behind bars.

Jillian tumbled into an open elevator and leaned against the back wall. Tears rolled down her cheeks and sobs hiccupped through her chest. Catching her breath seemed like a formidable task with depleting energy.

“Are you all right?” The voice sounded familiar, but she couldn’t raise her eyes to see who it came from. “Let me give you a ride home. We can come back later for your car when you’re feeling better.”

“Sam. I’d be happy to give you a ride. You’ve had a rough morning.”

For some reason, she couldn’t get her head around why he’d offer her a ride. Yes, she was a mess. Yes, she couldn’t string more than two words together coherently. “I’m fine.”

She wanted to say something flippant like, ‘Having a son accused of murder would do that to any gal’ but couldn’t manage to get out the words. Instead, she repeated the one word she could.  “Fine.”

“Do you remember where you parked your car? I’ll walk you there.”

Her car. Where had she parked? For the life of her, she couldn’t recall even pulling into the parking garage. Jillian wiped the tears that continued to roll down her cheeks and struggled to extract keys from her purse. “I’ll hit…,” she sucked in a breath and tried to compose herself, “the panic button.”

“Before you do that, what level did you park on?”

Oh God. She couldn’t fall apart the way she had when her parents died. Travis needed her. Finally, she remembered.  “Three. Level three.” Maybe she hadn’t slipped down the slippery slope to crazy after all.


Love a good mystery, and this book sure didn't disappoint!  The whole time I think I sat on the edge of my seat just waiting for everything to unfold.  And once it did...  holy crap!!!  This looks like it's going to be a good series???  Sure do hope so! 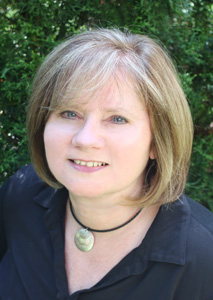 Wendy lives in the Chicago area. She has a Masters in Social Work and worked in the child welfare field for twelve years before she decided to pursue her dream of writing.
Between teaching college classes, trying to get her morbidly obese cat to slim down and tempering the will of her five-year-old granddaughter, who's determined to become a witch when she turns six so she can fly on her broom to see the Eiffel Tower and put hexes on people--not necessarily in that order--somehow Wendy still manages to fit in writing. She spends the remainder of her days inflicting mayhem on her hero and heroine until they beg for mercy.

She has written three books in the Hard Targets trilogy, Hard to Kill, Hard to Trust and Hard to Stop. In addition, she has a contemporary romance through Entangled Publishing called The Millionaire’s Deception, a self-pubbed Christmas short story called The Christmas Curse and two interracial romances, Fractured and Mama Said.