UNDER THE COVERS BOOK BLAST & Giveaway

Under the Covers
by Claire Boston 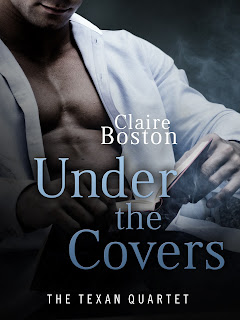 What if the one time you didn't want love was when you truly needed it?

Forced to flee her abusive ex, alone with no support, Elle is determined to rebuild her life and protect her five-year-old son. Not one to take the easy road, she opens a bookshop café, but opening day almost ends in disaster. In the midst of this chaos, the last thing she needs is a man as charming as George Jones getting in her way.

George has always been a sucker for a damsel in distress, and Elle ticks all the boxes. But Elle's not interested in being rescued by anyone, especially not him. She knows her taste in men can't be trusted, but fighting George's charisma is harder than she expected. And George, who is not one to ignore an itch, has found there's something about Elle that's got under his skin.

When Elle's ex turns up to cause trouble, George must overcome his boyish flirtatiousness if he's to convince Elle to trust herself and let him into her life. But can Elle put her past behind her before it overwhelms her present?

This is their first kiss. They’ve just come from an altercation with Elle’s ex and she’s angry that George stepped in because it made matters worse. George is trying to explain why he did what he did.

“I said we were friends, didn’t I? I wouldn’t let any of my friends – Piper, Imogen, Libby, Adrian, Chris – face what you’ve had to face alone. It’s not who I am.”

He nodded. “I know and I’m sorry I made it worse. I couldn’t stand by and watch you face that bully by yourself. I care for you.” He brushed away the tear that had escaped her eye. “I should have trusted you had everything under control.”

She squeezed her eyes shut. She didn’t want this, this kindness, this caring, these warm and contented feelings that were being stirred up inside her. She couldn’t trust those. She’d felt those with Dean and she’d been oh so wrong about them.

But, damn, she was tempted.

George stepped closer, gathering her into his arms, and she didn’t resist. How could she? She wanted to be able to lean on someone, even if only for a minute.

Giving in to the temptation, Elle wrapped her arms around his waist and felt him relax.

He was as uncertain as she was.

That made her smile.

George stroked her back, sending lovely, shimmery warmth everywhere. She gave herself a minute to enjoy it and then stepped back.

His eyes captured her; something in them said he would protect her, that he cared for her.

But was she wanting too much?

George watched her, waiting. He was letting her make the choice. He was giving the power to her.

That was what made her decision for her.

She leaned forward and kissed him. 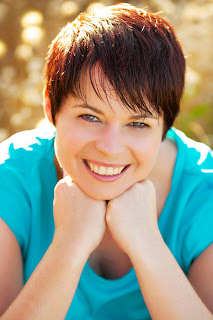 Claire Boston is the best-selling author of The Texan Quartet. In 2014 she was nominated for an Australian Romance Readers Award as Favourite New Romance Author.
Her debut contemporary romance novel, What Goes on Tour caught the attention of Momentum’s Joel Naoum when her first scene was read aloud at the Romance Writers’ of Australia (RWA) conference in 2013. This led to a four book contract for The Texan Quartet series.
Claire is proactive in organising social gatherings and educational opportunities for local authors. She is an active volunteer for RWA, as a mentor for aspiring authors and the reader judge coordinator.
When Claire’s not writing she can be found in the garden attempting to grow vegetables, or racing around a vintage motocross track. If she can convince anyone to play with her, she also enjoys cards and board games.
Claire lives in Western Australia, just south of Perth, with her husband, who loves even her most annoying quirks, and her grubby, but adorable Australian bulldog.
Contact
Please email Claire with any questions claire@claireboston.com
Social Networks
Website:          http://www.claireboston.com
Blog:                http://www.claireboston.com/blog
Reader Newsletter:     http://eepurl.com/Z4-4z
Facebook:       http://www.facebook.com/clairebostonauthor
Twitter:            http://www.twitter.com/clairebauthor
Pinterest:         http://www.pinterest.com/clairebauthor
Goodreads:     http://www.goodreads.com/clairebostonauthor
YouTube:        https://www.youtube.com/channel/UCe9YKmz-ORDtYaNG17hM5BA