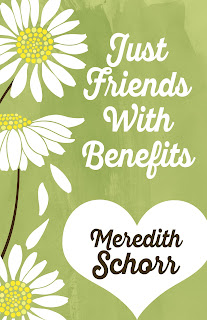 When a friend urges Stephanie Cohen not to put all her eggs in one bastard, the advice falls on deaf ears. Stephanie’s college crush on Craig Hille has been awakened thirteen years later as if soaked in a can of Red Bull, and she is determined not to let the guy who got away once, get away twice.

Stephanie, a thirty-two-year-old paralegal from Washington, D.C., is a seventies and eighties television trivia buff who can recite the starting lineup of the New York Yankees and go beer for beer with the guys. And despite her failure to get married and pro-create prior to entering her thirties, she has so far managed to keep her overbearing mother from sticking her head in the oven. Just Friends with Benefits is the humorous story of Stephanie’s pursuit of love, her adventures in friendship, and her journey to discover what really matters.

"How did you end things?”

“He stayed over. I asked if he wanted to go out again the next night, but he had to work late. He did tell me to convince my firm to send me back soon though. I even worked a possible transfer to the New York City office into conversation with some of the partners just in case.”

Suzanne narrowed her eyes. “Don’t you think you’re getting ahead of yourself?”

“I have no intention of relocating now, but…” I smiled sheepishly. “You never know.”

She exhaled loudly. “This all sounds great, but please manage your expectations. Before you put in for a transfer, make sure you’re on the same page. Have you heard from him since you’ve been back?”

“No, but Eric and Jess are having a New Year’s Eve party at their house in Philadelphia. He was invited and I’m praying he’ll be there so we can hang out again. I know hooking up once does not a relationship make, but if it happens a second time, it means our interest is mutual and we can take it from there. Right?” I desperately wanted Suzanne to share my enthusiasm.

Tapping her perfectly manicured pointer finger on the table, Suzanne said, “You know what I always say?”

“Don’t put all your eggs in one bastard.” 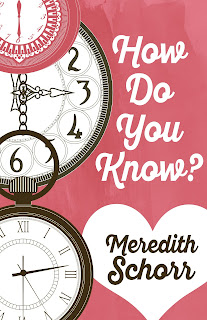 On the eve of her thirty-ninth birthday, Maggie Piper doesn’t look, act, or feel much different than she did at twenty-nine, but with her fortieth birthday speeding toward her like a freight train, she wonders if she should. The fear of a slowing metabolism, wrinkling of her skin, and the ticking of her biological clock leaves Maggie torn between a desire to settle down like most of her similarly-aged peers and concern that all is not perfect in her existing relationship. When a spontaneous request for a temporary break from her live-in boyfriend results in a breakup, Maggie finds herself single once again and only twelve months from the big 4.0.

As Maggie reenters the New York City dating jungle, suitors present themselves quickly, but who is “The One?” Is he a sexy coworker, one of many bachelors at a speed-dating event, or is he the man she already set free? How do you know? Her fun-loving friends and supportive family, including meddlesome “no-filter” Aunt Helen, eagerly share their (often unsolicited) opinions, but Maggie is determined to find her own way, even if she falls on her face—repeatedly.

“What kind of accolades do you think I receive from my esteemed colleagues?”

I scratch my chin, pretending to ponder the question. “I would imagine people have commented positively on your skills as an attorney.”

Dismissing me with a wave of his hand, Philip says, “Good attorneys are a dime a dozen in this place. Or at least I hope so.”

“Okay. What about that you’re approachable and friendly?”

Philip gives me a closed-mouth smile and nods. “I suppose I’ve heard that before, but it’s not exactly a blush-worthy compliment now, is it?”

I cock my head to the side. “I wasn’t aware you were hoping for a compliment which would make you blush.” As Philip remains riveted in place, seemingly eager for my next words, it dawns on me this is my chance to “work it.”

Philip rubs the back of his neck. “Oh, now I’m fishing. I’m being silly. Let’s forget I brought it—”

Interrupting him, I say, “How about you have the most beautiful brown eyes I’ve ever seen on a man?”

In the mere seconds it takes him to respond, I feel like I’ve aged several years, and as I wonder whether what I’d said could be construed as sexual harassment in the work place, I think I might throw up.

His hand still stroking his neck, he mumbles, “Well, Maggie Piper, I’ll be damned. You did it.”

“Did what?” I ask in a low voice. Got myself fired? 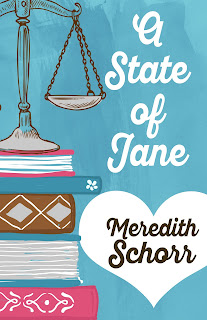 Jane Frank is ready to fall in love. It’s been a year since her first and only relationship ended and far too long since the last time she was kissed. With the LSAT coming up, she needs to find a boyfriend (or husband) before acing law school and becoming a partner at her father’s firm. There’s just one problem: all the guys in New York City are flakes. Interested one day and gone the next, they seemingly drop off the face of the earth with no warning and no explanation.

In her misguided belief that life doesn’t really start until you get married and have kids, Jane jumps from one extreme to the next trying to force a happily ever after until she breaks. Will she ever find her path, and can she do it without alienating her friends and family and risking her career in the process?

“No,” I answered honestly.

“I’m allergic to shellfish, fish, and peanuts, and I’m lactose resistant. I also have a weak palette. Food doesn’t wow me.” He took a sip of his beer as if not at all burdened by what would be my worst nightmare.

I had no idea how to respond. “I can’t even imagine.”

He shrugged. “Some folks live to eat and I eat to live.”

We stood in silence for a few seconds during which I suspected we had nothing in common besides a mutual interest in a legal career. Doubtful he’d be escorting me to Bob and Trish’s party, I glanced around the room hoping to spot another eligible bachelor.

“Do you like to bowl? My firm is hosting a bowl-a-thon on Monday night and we need cheerleaders.”

My eyes opened wide at his unexpected invitation. I was hesitant to accept his offer since I was pretty certain there would be no love connection between Todd and me.

“If you go with me, maybe we’ll get you your own ‘Schwetty Ballz’ team hat. I bet you’d look real cute in it.”

I pictured myself at Bob and Trish’s housewarming party—the sad and lonely ex-girlfriend. Since I was desperate to keep that from becoming reality, there was only one answer. Smiling at Todd, I said, “I’d love to.” 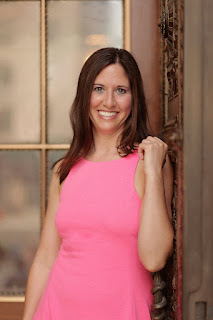 A born-and-bred New Yorker, Meredith Schorr discovered her passion for writing when she began to enjoy drafting work-related emails way more than she was probably supposed to. After trying her hand penning children’s stories and blogging her personal experiences, Meredith found her calling writing chick lit and humorous women’s fiction. She secures much inspiration from her day job as a hardworking trademark paralegal and her still-single (but looking) status. Meredith is a loyal New York Yankees fan, an avid runner, and an unashamed television addict. To learn more, visit her at www.meredithschorr.com.

A State of Jane

How Do You Know?