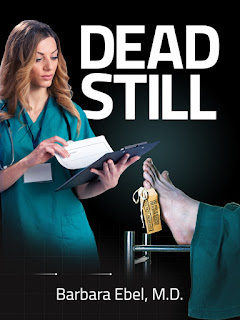 Annabel Tilson is a medical student starting her first clinical rotation where she has high hopes of mastering patient care like her famous neurosurgeon father. However, she soon realizes that studying for surgery exams and taking care of patients is only part of the complex burden of her role as a surgical team member.

Grappling with a resident who hates her and a dreamy infatuation for her chief resident, she discovers an inordinate outbreak of patient mortality. But for Annabel to dig further puts her at risk of failing the rotation and ending her future career as a physician.

She had started the surgery rotation the day before so Annabel Tilson barely knew her patients from the list of names that had been shoved into her hands. As a third-year medical student, the day had been hectic; therefore, a short introduction to them and a quick listen to their chests with her first shiny Littmann stethoscope had sufficed. But this morning as she squeezed in close to the bed and looked down at a dead corpse, she remembered the sixty-five-year-old woman, Mrs. Hardy, with clarity from visiting her in her room and watching her surgery in awe.

During the first surgery that Annabel had witnessed on her clinical rotation, the chief resident performed a minimally-invasive gallbladder removal - or laparoscopic cholecystectomy - causing the long mechanical instruments to protrude from her patient’s belly like the squirming arms of a squid. No one indicated at the time or postoperatively that anything had been complicated about the case, so why was her patient dead? She admonished herself for missing the resuscitative attempt before she’d walked into the room; medical supplies, carts, and equipment were scattered about the bed and floor but personnel paid no attention as they began exiting through the doorway.

AWESOME DANG BOOK!!!!!!  I don't think I have read anything from this author before and now I'll have to search for more books!  This book had me talking to myself...lol.  I couldn't get to the next page fast enough.  And lord behold if I had to put it down for anything!  Without giving away anything, I have to tell you that YOU MUST READ THIS BOOK!!!  Suspense like none other! 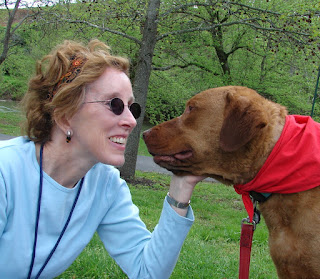 Barbara Ebel's writing draws heavily from her experience as an anesthesiologist, her dealings with family court, and her interactions with people and places from around the world. As a physician, speaker, and former chemist, she sprinkles credible medicine into the background of her fiction where plots and vivid characters take center stage and her O.R. scenes shine.

You may find more information about her and her books at: http://barbaraebel.weebly.com
Her Twitter handle is: @barbaraebel

In addition to her adult writing, she has illustrated and penned a children's book series called Chester the Chesapeake. The books developed during her philanthropic visits with her therapy dog, Chester. The dog books continue to inspire adults and children alike. Along with her husband and four pets, "Doctor Barbara" lives in a wildlife corridor in middle Tennessee.
You may find Chester at: http://dogbooksforchildren.weebly.com