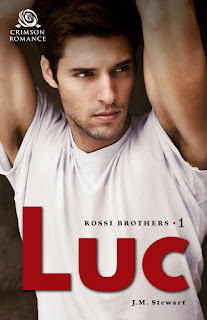 With a three-year-old daughter to raise and a restaurant to run, the last thing Luc Rossi’s life has room for is love. After his fiancée’s betrayal, he isn’t sure he believes in it anyway. His colleague’s matchmaking attempt is awkward at best, but what can he do except play the gentleman? Liz ends up being smart, charming, and sexy, and he can’t resist her.

An offer to teach her to cook leads to a steamy fling, but this gorgeous older woman makes Luc wonder if it’s time to open his heart again. Can he convince Liz that giving their relationship a chance beyond the bedroom wouldn’t be a betrayal of the past she holds dear?

Halfway down the alley, he pivoted and stalked back in her direction. He glared at her, as if somehow all this was her fault.

“I was dying to let every single one of those guys know you’re mine.”

Liz could only stare, stunned. So she was right. He was jealous. What was worse, the intensity in his gaze sent a fierce yearning rolling through her belly in hot little waves. Daniel had looked at her like that once. Right before he decked some guy for making a pass at her.

Every limb shaking, she squared her shoulders, trying her damnedest to get her equilibrium back. It didn’t matter why he was behaving like a Neanderthal or how sexy he looked doing it. He had no right. “You do realize it’s going to be all over town by tomorrow?”

Something flashed across the recesses of his eyes that she didn’t catch before his jaw tightened and his expression blanked. He stalked to the end of the alley, where the blacktop met the sidewalk, and stared out at the street beyond. “It was all I could think of. The way he looked at you, I knew exactly what he was thinking, and you were standing there, frozen in fear.”

Liz folded her arms. It was a meager defense, but it was all she had left. “I wasn’t afraid of him. I could have handled him if I’d had to. My father was a police officer. He taught me how to take care of myself. So did my husband. I know self-defense, and I’m a damn good shot. I—”

Luc pivoted around, eyes wide with surprise. “You know how to shoot a gun?”

“Daniel insisted I learn. I have a nine millimeter, and I have a permit to carry concealed, though I’ve never had the guts to actually carry it on me.” She frowned, unsure who she was more irritated with: him for getting to her or herself for responding. “The point being, I could have dropped him if I’d needed to. But I didn’t.”

Luc cocked a brow, clearly challenging her assertion. “Then why did you look so panicked? Who the hell was that guy?”

She heaved a sigh. He had her there. Damn it. “An overzealous fan. He kept going on and on about my writing, and people were starting to stare.”

But that was neither here or there. It was past time to end this insanity.

“Look, I have no idea what to expect after a one-night stand. That’s essentially what we shared, isn’t it? So, I expected we’d said our goodbyes and we wouldn’t see each other again. When I didn’t hear from you, I figured we were going our separate ways. I get it. But I’m fairly certain that means you forfeit your right to be jealous. I appreciate the concern, but I’m a big girl. I can handle myself.”

Without waiting for a reply, she pivoted on her heel and stalked from the alleyway, heading for the safety of the booth as fast as her legs could carry her. Whatever the hell this was, she was backing out now, because alarms bells were sounding in her head. 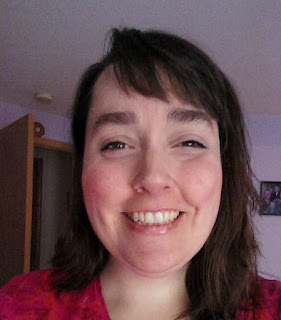 J.M. Stewart is a coffee and chocolate addict who lives in the Pacific Northwest with her husband, two sons and two very spoiled dogs. She’s a hopeless romantic who believes everybody should have their happily ever after and has been devouring romance novels for as long as she can remember. Writing them has become her obsession.
For more about JM or her books visit:
Website: http://authorjmstewart.com/
Twitter: https://twitter.com/#!/JMStewartWriter
Facebook: https://www.facebook.com/authorjmstewart

Sign up for my newsletter to get news and book release info delivered to your inbox: http://eepurl.com/0RIa9