THE GIRL WHO COULD CHANGE FATE Book Blast & Giveaway

The Girl Who Could Change Fate
by Cassidy Ostergren 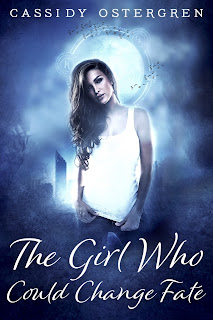 Lacey Joy White considers herself unremarkable in every way: she worries over choosing the right clothes, tries to maintain a D in chemistry, and spends nights creeping on her crush on Facebook. And she can alter the future.

As I had already been staring at Alex two rows away, I didn’t miss him cast a furtive glance in the teacher’s direction before erasing what appeared to be a name on the right side corner of a worksheet. My name. On my worksheet. He didn’t even try to glimpse me as he scribbled his own name down and handed it forward. Perhaps he knew he would see the expression of utter horror that was steadily warping my face. I wouldn’t have wanted to see it either.
“Now, that worksheet will be counted as a quiz grade…” Mrs. Kramer began.

I didn’t listen. Alex’s betrayal was gnashing at my insides with teeth of biting cruelty as bitter understanding of his intentions dawned upon me with all the force of a tidal wave. I was suffocating under depths of cold reality, the truth more stinging than his actual actions—the truth that I was no more than a tool…that it was only illusion—an illusion I clung to nevertheless because it was all I could do.

Man, life can be a bitch.

I resisted the tears that clumped around my lashes, though the temptation to burst with them was more than enticing. My hands balled into fists that I smashed upon my Macbeth book with dull thuds. I didn’t really like that—Macbeth happened to be my favorite play of all time, as it made me recall how helpless the title character was in striving to avoid his Fate at all costs—a Fate he could not avoid. 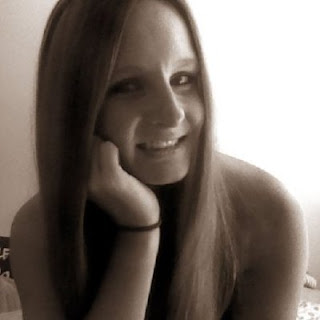 Cassidy Ostergren was born and grew up in the DC metropolitan area. She attended Roanoke College in Salem, VA, where she majored in Creative Writing and English, and published several of her works in both the college and local magazines. She is currently a full-time novelist of YA fiction and lives on Oak Island, NC, where she enjoys taking walks on the beach with her dog and composing her newest stories.