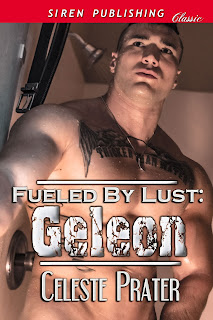 Hey! Yeah, you! Want in on a juicy secret? Geleon Thaice sure does. Why is the mysterious female of his dreams, wet or otherwise, constantly slipping through his hands? All he craves is to shower her with love and make her his own. Is that so bad? Is it just the fingers of fate doling out yet another allotment of misery upon his head? Or has destiny slyly laid a precise path that’s been waiting patiently for centuries?

Jaelyn Areeda just wants to peacefully survive another day, but the cosmos have her violently colliding with forces out of her control, falling into the capable, muscle-packed arms of a sinfully sexy alpha alien hell bent on inserting himself into her life… as well as her heart, mind, and soul. Will she run—or stay?

Book 9 in the Fueled By Lust Series doesn’t fail in delivering up another scrumptiously hunky male to whet your appetite, make you drool, and dare to love.

Reaching out, Jaelyn grabbed his wrist before he could turn around. Chills washed across every inch of her flesh, and she said exactly what was on her mind.

“Geleon. I’m going to kiss you. A real one this time, so get ready.” Tingles zipped up her spine as his piercing green eyes narrowed and he leaned forward, a growl rumbling through his chest.

“Baby, I’ve been ready from the moment I spotted those beautiful lips.” He caught her chin. “Bring them to me.”

There was no gentle meeting of moist flesh this time, no tentative touching, or shy exploration. No. It was a cataclysmic joining of two entities craving the taste of one another. A raw, steaming, and decadent battle to consume began the moment she clasped his gorgeous face, smashed her lips against his, and sucked a warm tongue into her mouth. Strong arms caught under her ass cheeks, lifted her up, and smashed her against the door. Jaelyn moaned in delight as her breasts pressed against his sculpted chest, instantly tightening her nipples. She shoved her fingers into his hair, gripped the silky strands, and drank him down.

Chest rumbling, Geleon’s broad hands palmed the back of her thighs, pulling her legs up to wrap his narrow waist. Hooking her ankles against his glorious ass, she yanked him closer. The seam on her jeans pressed hard against her clit, sending her body into a shivering fountain of wanton need. Grasping the base of his long braid, Jaelyn broke from the kiss and panted heavily against his chin. 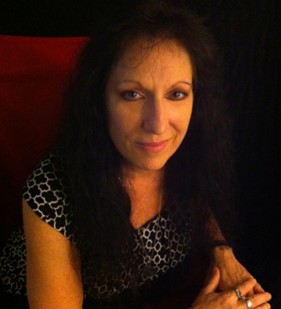 I was born and raised in a small town between Dallas/Fort Worth and Austin. Wanting to see more than her small Texas town, I joined the Marines, which satisfied my craving to see more of the U.S. and my drive to see if I could be one of the few and the proud.

A firm believer in educating the mind, I’ve achieved several advanced degrees, the latest being a master’s of science.

I would like to give a big shout out to my gorgeous model, Anthony Zuniga, and the awesome cover photographer, David Erickson. You can catch Anthony on Instagram @anthonyzuniga1_ and David at @david_erickson8.