No Reason to Hide
by P.H. Turner 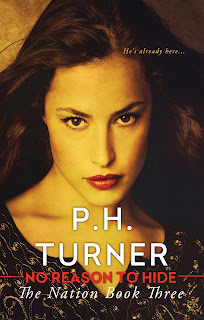 Navajo cop Jessica Akee finds the body of a young male sprawled in the weeds behind a convenience store on the Reservation. What at first looks like just another gang killing is a far more disturbing murder. On loan from the Phoenix PD, top cop Charlie Stone partners with Jessica to find the killer. She harbors a dark secret, but Charlie isn't going to let her keep it...

he extends his hand,

Jessica's younger brother runs with a Native gang, dabbles in rituals best left alone, and ignores Jessica's pleas for him to turn away from the razor's edge between good and evil.

and charms you into the abyss.

When her brother lifts the veil between the two worlds, the Shadow Warrior slips in seeking revenge. All that is human of Ricky is stripped away, and Jessica believes the last card has been played, but the Shadow Warrior turns his vengeance on her. Can Charlie save her before the demon claims Jessica as his own and returns to the bottom of the abyss?

At 6:30 a.m., I received a routine disturbance call out on the Navajo Nation. The manager of the Tuba City 7-Eleven on South Indian Route 101 called in a complaint of kids messing around his propane tank again. He hadn't gone out into the gloom to investigate. That was my job.

The lights from the storefront didn't penetrate into the deep shadows around the tank. Had the tank not gleamed white in the weak dawn light, I would have walked past it for the thick brush and brambles surrounding it.The aromatic scrub released its tang when I pushed it aside. I held fast to my gun with one hand and a heavy Mag-Lite with the other. The body was behind the propane tank in a clump of knee-high weeds smashed down by heavy foot traffic.

The sun was just coloring the horizon a thin crescent of smudged yellow, casting long shanks of light into the dark. I approached the body cautiously, not knowing who might be watching from the scrubland between the 7-Eleven and the few houses scattered across a field to the west. The Mag-Lite shone obscenely bright on the body.

Tiny skitters of fear prickled my neck. I sensed a watcher. The light desert breeze teased tendrils of my hair from the knot at my neck. Something foul licked at the edges of the wind, and a guttural, harsh, whisper, "Hey-ya, hey-ya, hey-ya" swirled menacingly around me.

No one moved in the brush, but I felt a presence. Though his chant no longer rode on the wind, goosebumps rose on my arms and fear banded my chest. I touched the microphone button on my body com unit and called for backup from my fellow officers with the Navajo police.

Fewer than two hundred of us patrolled the largest Indian Reservation in the United States, and I was a young female officer desperate to make my bones. I wanted backup, but I also wanted to be the lead on the murder case. 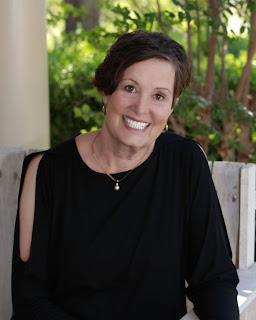 I call Austin, Texas home now after working on the East and West coasts, the Rocky Mountains, and an island in the Gulf of Mexico. I've come full circle to live and work close to the farm my family settled in the 1850's.

Truth is stranger than fiction, and years in the news business provided lots of peculiar characters and stories to write about. My books are set in my favorite places, the desert canyons and high mountains of the American West.

NOTE FROM THE AUTHOR:

Amazon's Kindle Scout program has accepted my latest mystery, No Reason to Hide. Kindle Scout is reader-powered publishing for new, never-before-published books. It’s a place where readers help decide if a book gets published by Kindle Press. Please click my link

https://kindlescout.amazon.com/p/3J7NFQQ1E13CJ
and vote for my novel by clicking the Nominate Me button. My book stays in the Kindle Scout program until May 22.You're not committing to purchase the book. As a thank you from Amazon and me, you will receive a free ecopy of No Reason to Hide, if the book is accepted for publication. Please share with friends and thank you!

a Rafflecopter giveaway
Posted by Stormy Nights Reviewing & Bloggin' at Wednesday, May 11, 2016