Hand Over Fist
by Michael Ross 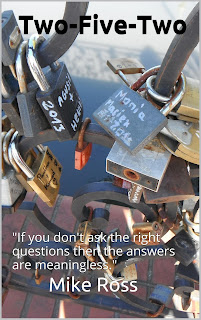 When an old friend disappears, Martin learns nothing is what it seems…

Martin Russell can barely face the future. With dismal life prospects and an estranged family, he is at the end of his rope. When an old friend, Hannah, elbows her way back into his life, Martin’s luck begins to turn around.

Hidden within the shadows of evil, there must be some good…

Ex-policeman Bobby Tanner lost everything one rage-filled night. Now he runs a reading group for alcoholics where he meets a young drug dealer, Zack, who disturbs him in a way that’s hard to define. Bobby soon discovers the teenager is in over his head and has been dealing with a despicable individual known as The Chemist.

The roots of evil run deeper than we imagine…

Martin’s lucky streak begins to unravel when Hannah suddenly goes missing, and he turns to a friend of a friend, Bobby, for help. Thrust into an underworld empire of corruption and half-truths, he learns his friend may not be who he thought she was.

In a shadowed world of deception, stalkers, and despicable drug dealers, Bobby and Martin must uncover the truth, and fast…

Several lives depend on it.

…but there was something gnawing away at him; something about Zachary Jackson that was just not right. He seemed like a good kid, a good son to a troubled mother and a dying father. But now Bobby stood in the shadows watching Zack leave The Chemist's house and he cursed his sixth sense.

The Chemist's house was one of a pair of semis that were angled at the end of Shortcross Drive. The area was the roughest part of the city, an independent borough with its own self-administered terms of crime and punishment. The crimes that carried the heaviest forms of punishment were those that affected The Chemist negatively. Punishments ranged from being forced to cut his lawn for a month to having both your knees smashed by a crow bar. And even worse penalties if you failed to insist to A&E staff that you'd been hit by a car.

By the time the local police force had recognised The Chemist's power, it was easier to leave him well alone than to face the cost of breaking down his power base. The semi detached council house was fortified more strongly than a clearing bank's vault. Over the years, every door and window had been replaced and so heavily reinforced that it would take a tank to force entry into the property. 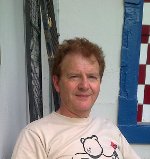 It was a strange and twisting road that led to the publication of my first novel. From my humble beginnings, as an office clerk, to ownership of a multi-million dollar business I always maintained my love for literature.

Born and raised in Bristol, England. I spent most of my life in business, my companies turning over in the region of $500 million. The majority of that time marketing cars, eventually owning the largest Saab specialist in the world, before a bitter divorce forced me rethink my priorities. Particularly between 2003 and 2005 when I had to accept that I was no longer a millionaire but literally penniless. I avoided bankruptcy by the skin of my teeth and slowly rebuilt my life.

This led me to the life changing decision to leave the bustling city and move to live halfway up a mountain in the Welsh valleys. At the same time I started a part time six year English Literature course at Bristol University, and attended creative writing classes at Cardiff University. I left school at sixteen and this was my first taste of further education and an immense challenge.

I eventually adjusted my thinking to the academic life, and on 30 June 2015 had confirmation of my 2.1(Hons) degree from Bristol University. At the same time I also won the prestigious Hopkins Prize for my essay on Virginia Woolf and the unsaid within her text. Now the university courses are finished it will, with any luck, gives me plenty of extra time that I can devote to my fiction writing.

Thanks to the university experiences, my interest in English literature has flourished over recent years. Hopefully I have evolved as a writer from my earlier work in short stories (over ninety of them.) Although interestingly my first three novels have all been developed from a long forgotten short story.

Life is, once again, very good, and I live very happily halfway up a mountain, in the Welsh Valleys, with my wonderful partner Mari, and our rescue dog Wolfie.

a Rafflecopter giveaway
Posted by Stormy Nights Reviewing & Bloggin' at Wednesday, May 04, 2016