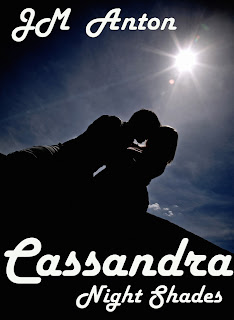 Cassandra Hoffman orphaned at the age of five was raised by her maternal grandmother. Two decades pass when she is confronted with a letter from her father’s Denver based attorney. She's shocked to learn that her dad lived through the car crash that took her mother and brothers in 1985.

Casey’s haunted nights begin with the death of her father. Who is the shadow man in her dreams? Could it be her dad whom she had believed dead? She discovers he had another family, and some dark secrets Casey sets out to solve the mysteries of her abandonment, and find the answers to the nightshades that threaten her sanity.

Our heroine runs afoul of a previously unknown nemesis as she searches for answers, but she also finds the love of her life. He too abandons her, as he struggles with physical and mental wounds from multiple tours in the Middle East. Can Casey forgive him as they confront a mutual enemy?

Rush hour in Denver was every bit as aggravating as rush hour in Cleveland. It was a frustrating fact of life everywhere that people needed to commute to a central work place. Traffic was at a standstill.

She overheard Ken call ahead to apprise Mr. Jackson, “We’re tied up in traffic, and will arrive later than anticipated.”

It sounded as if he were talking to someone other than Bob. Casey hoped the message would be relayed to him. As the thought flitted through her mind she gazed out at the passing cars and trucks also crawling along. Except for occasional glimpses of the majestic mountains, they could be stuck in traffic anywhere. The interstates were all the same and fairly uninteresting, especially within city limits. Casey found her mind wandering back to dinner the previous evening and her very brief encounter with Captain JD Gannon. She wondered where he was this morning. He’d been on his way to the airport when he left them, but that was all she knew. Well… not quite all—she knew that she could reach him through Bob Jackson, but she wasn’t sure she liked the feeling that he knew more of what was going on than she did. She couldn’t shake the idea that she should somehow remember him.

Finally, they reached their destination. Her nerves were already raw when she entered the elevator. As the doors began to close, a teenage boy thrust his arm through the gap, and they sprang back open. Casey watched him with a good deal of suspicion when he leaned against the frame of the elevator opening to keep the doors from closing. He grinned at her as he crossed his arms over his chest and turned his attention toward the lobby. Three stunning women entered the elevator.

Great, she thought, I’m trapped in an alien transport on my way to an alternate universe where all the women are tall, blonde, and have baby blues. Or maybe, I’ve been cast in one of those films marketed to little girls that star the Barbie icon and her friends. The three were at least five foot ten, and—with the exception of the variation in age—they could have been cast from the same mold. The trio was regal, sophisticated, and aloof. Casey was sure the perfume they were wearing was every bit as expensive as their outfits, but she was fighting nausea from the scent within the close confines. The senior Barbie’s designer skirt hit about mid-knee; her navy-colored suit and pale blue silk blouse looked high end. The outfit probably cost more than Casey made in two weeks.

Aesthetically, she found the elevator hijacker a relief and a welcome contrast to the blondes with the heart-shaped faces and aristocratic airs. Nearly as tall as the women, he appeared to be in his early teens, that awkward, gangly, time of life. An engaging smile set off a mischievous twinkle in his hazel eyes. Outrageously long lashes and eyebrows of a slightly darker brown than his wavy hair enhanced those appealing eyes. His high cheekbones, square jaw, and a patrician nose with a sprinkling of freckles already commanded a second look. The freckles kept him from being a complete heartbreaker. She felt sorry for the teenage girls in his path; they wouldn’t stand a chance. 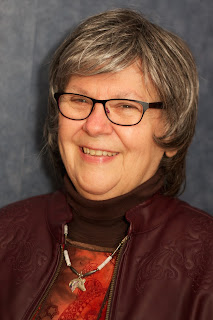 Author Jackie Anton lives in rural Ohio with her husband, two horses, two dogs, and abundant wildlife. Years of experience with horses and youth riders lend a unique perspective to her Backyard Horse Tales, and crop up in unexpected scenes in her adult works written with the pen name J.M.

Ms. Anton is the author of the award winning children’s series Backyard Horse Tales. In her 2015 award winning adult novel "Wind River Refuge" she turns her attention to the difficulties in overcoming childhood abuse. Set in the turbulent sixties and early seventies. This romance / who done it comes from a time before child advocacy, cell phones, and PCs.
Cassandra Hoffman begins her search for justice in the early decade of the twenty first century in Anton's latest adult novel Cassandra: Night Shades.

Other Books by J.M.

2015 saw the release of the first two books in the Troubles in Love-Land Series. Book One: "Fateful Waters" was released as an e-book and paperback May of 2015. Book Two: "Panhandle Mayhem" was be released November of 2015. There is more to come in the series for 2016.
Author Links:
Writing Blog: http://jackieanton.com/
Author Website: http://talesbyjackie.com/
Author Page with buy links: http://www.independentauthornetwork.com/jackie-anton.html
Authors Den: www.authorsden.com/jackieanton
Online Autographs: http://www.authorgraph.com/authors/backyardhorse
FB Adult Fan Page: http://www.facebook.com/authorjmanton?ref=hl