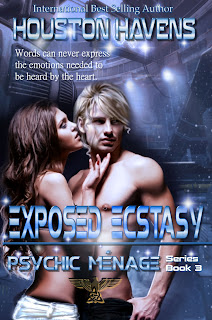 Top psychic spy Fay Avalon saw too much on her latest mind traveling mission and is now on the run from her post-catastrophic dystopian government, searching for the truth and proof. She escapes but is shot down, landing in the arms of the enemy.

In Drakker and Arlo’s world, women are so rare the men have accepted a polyandrous lifestyle. When the brothers stumble upon Fay unconscious in the wreckage of an aircraft, they are immediately attracted to her. Arlo wants to keep her, but Drakker knows they can’t. They must take her to their brother Logan Abán, leader of their people.

Logan struggles with trusting anyone, even himself. When a beautiful, intelligent, and intriguing woman falls into their laps, his denied desires for intimacy challenge his need to trust the spy. He’s frustrated by romantic Arlo’s claims of her innocence. Even when pragmatic and dominating Drakker defends her as well, Logan refuses to trust his gut.

Can one woman satisfy the diverse desires of three men? Will Logan’s fears be realized by betrayal? Is Fay to be sentenced to death as a spy, suffer a fate worse than death by being returned to her government as a traitor, or will she find a new life and love as the wife of three sexy brothers? 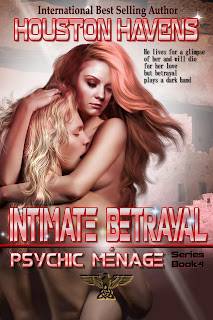 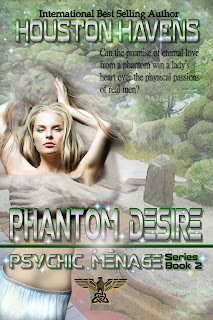 Fay shook her head. “I said, Breaker not Drakker. This beast was on top of me the whole night.”

Drakker smirked then muttered behind his tin cup of coffee, “Can’t say I blame him.”

Arlo must have noticed her rubbing at her lower back because he started messaging her shoulders. “I forgot your backrub last night.”

“Ooh,” she cooed in pure pleasure at the soothing of her tender muscles. “Now that feels awesome.” Moochy was faithful. She had to give him that, but her back was killing her where he’d leaned his twenty plus pounds against her the whole night. “Do you know this animal had the nerve to push me out from under my blanket with its cold nose?”

Drakker snorted, pulling up the collar of his duster. “You mean just like you had the nerve to set me out from my own warm bedroll last night?”

Arlo broke into a hardy laugh. “She did, didn’t she?”

“I offered you a blanket.” Fay gave him her most innocent, wide-eyed stare. “Least I didn’t come over and take your coat.” She smirked. “After I managed to get my covers back from this guy…” She thumbed an accusing finger at Moochy. “Why, he had the audacity to paw at my blanket until I allowed him to get under the covers with me.”

His gaze captured hers, holding her attention hostage as his soft-spoken words caused her body to respond with a lusty heat.

Arlo’s mouth dropped wide at Drakker’s innuendo. His glance crisscrossed from her to Drakker then back to her. Arlo regained his composure faster than she did and politely changed the subject. 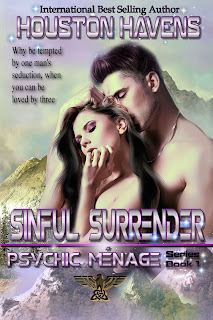 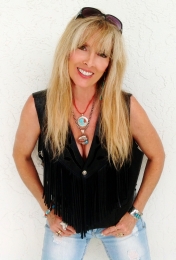