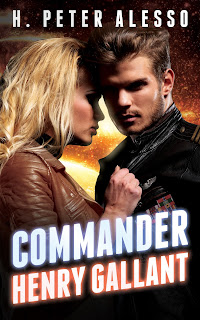 He thought Alaina loved him, but now she’s found someone else. A tidal wave of loss and grief swept over Henry Gallant, leaving him undecided about what to do next, or how to move forward.

Despite his sorrow, he goes on a dangerous mission to an invading aliens’ home world in the Gliese-581 star system. There he uses a neural interface to penetrate their communication network and steal a high ranking alien’s identity. Through this artifice he learns about their history and society, and discovers a way to hinder and possibly defeat them.

A side-effect of linking into the alien network—which was created for autistic savants—is that Gallant’s mind was stimulated and enhanced to the point where he begins to experience superintelligence abilities.

Upon returning from his mission, there is concern that Gallant might pose an even more serious threat than the aliens. While he struggles to fend off those who doubt his loyalty, he fights to win back Alaina.

This is the fourth book of The Henry Gallant Saga, but it can be read as a standalone story.

Alaina Hepburn strolled across the walkway, smack-dab in the middle of Halo’s well-trimmed verdant garden park, lavish with diverse foliage and a flowing water fountain glistening under a brilliant summer sun. Several bronzed statues adorned the area attracting a glanced from pedestrians as they passed while an occasional car flew overhead. However, it was Alaina’s eye-catching outfit and radiant youthful vitality that captured the most attention of those around her, not merely because she was attractive—though her blond hair, blue eyes, and well-tanned skin accented her appealing figure—and not because her behavior was so unusual so as to stir excitement. Everyone who passed offered her a warm greeting—for she was well-known to the people of Elysium. No, what attracted the curiosity of those nearby was her bearing—with shoulders back and head held high, she led one to wonder what adventure she was just returning from—or, better yet, was just about to embark upon.

When Gallant entered the park on his way to a meeting at the town hall, the impact of seeing Alaina again struck him like a shock wave. His reaction was unlike what might be expected from the methodical logical captain who so recently fought a battle from the bridge of the Warrior. Now he was simply a man rediscovering his lover—filled with the joy of her presence, the relief of her safety, and the sensuality of her being—the emotional tizzy seething beneath the surface was enough to cause the fringes of his vision to grow hazy, excluding all others from sight. He felt a sense of well-being flood over him, creating the desire to seize and hold her. Despite his wish to run—he walked toward her along the intersecting walkway.
When she noticed him, she came to an abrupt stop and turned to face him. The surprise on her face couldn’t have been more pronounced. He could only guess that her emotional state was as heighten as his own.

Any passerby might have assumed that they were two old acquaintances meeting casually to exchange friendly greetings, but his heart was pounding and his palms were moist. A gust of wind blew a tangled lock of his hair across his forehead causing him to swipe it away mindlessly.
“Henry!” she said, biting her lower lip.

Her exclamation was short and sharp, giving Gallant a start. As it invariably happened, he was mesmerized by her. He stammered, “I . . . I said, ‘I’d be back.’” 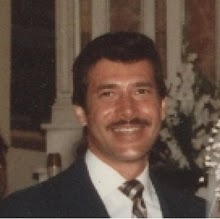 As a scientist and author specializing in technology innovation, H. Peter Alesso has over twenty years research experience at Lawrence Livermore National Laboratory (LLNL). As Engineering Group Leader at LLNL he led a team of scientists and engineers in innovative applications across a wide range of supercomputers, workstations, and networks. He graduated from the United States Naval Academy with a B.S. and served in the U.S. Navy on nuclear submarines before completing an M.S. and an advanced Engineering Degree at M.I.T. He has published several software titles and numerous scientific journal and conference articles, and he is the author/co-author of seven books.
You can visit his Web site at: http://www.hpeteralesso.com/Default.aspx
_______________________________________________
Author Social Media:
Author Web site at: http://www.hpeteralesso.com/Default.aspx
Goodreads Address: https://www.goodreads.com/author/show/413852.H_Peter_Alesso
YouTube trailer for Henry Gallant Saga: http://youtu.be/2eciKOBFBSM